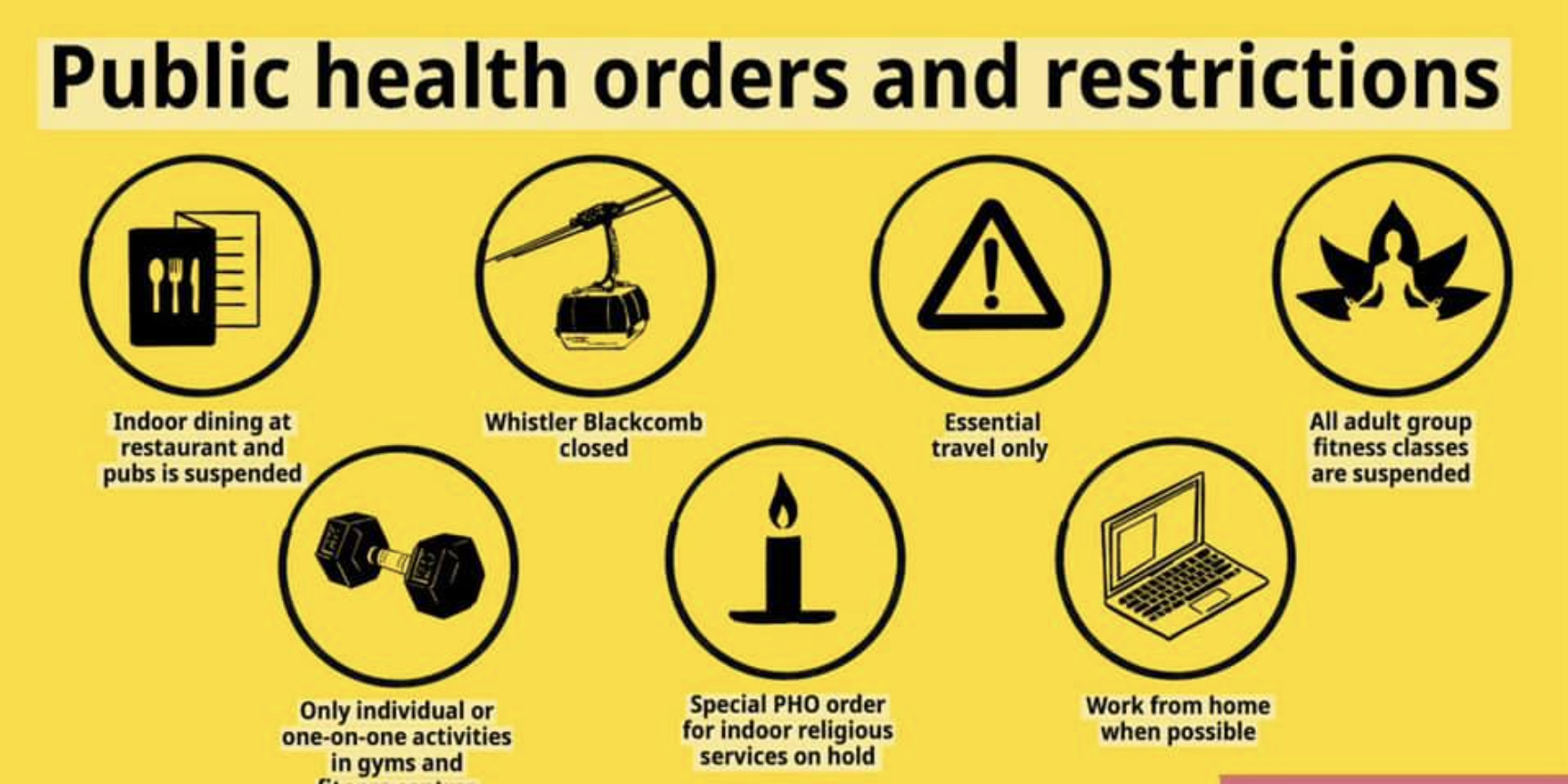 The B.C. government’s fears that COVID-19 variants could spread out of control have led it to launch new restrictions for a three-week period beginning March 30, and running until April 19.

Fernie Mayor Ange Qualizza commented, “Today’s press release was a ‘circuit breaker’, a call to action, a plea. We have until April 19 to get back to where we were… let’s do this.”

Dining in restaurants will be banned, although restaurateurs will be able to provide dining on patios, delivery and pick-up service. Fitness club operations and dance studios will be restricted to one-on-one activities.

Whistler-Blackcomb ski resort has also been ordered to close. B.C. health officials said there’s been a surge in coronavirus transmission linked to people travelling within the province in recent weeks, and that includes trips to Whistler.

Whistler Mayor Jack Crompton described the slate of restrictions, which he first learned about Monday morning, as “devastating.”

Provincial Health Officer Bonnie Henry said earlier today that retail stores will not be required to close because “the data does not show that we’re seeing transmission in retail environments.” She explained that the new rules that she is putting in place are aimed at striking a balance.

Premier John Horgan said the moves were needed because, “during the past week, case counts have risen unacceptably high – in fact, higher today than at the worst point of the second wave, between November and January of this year. The percentages of tests coming back positive have gone up by 50%, in some areas, and the number of variants in B.C. has also increased.”

Of those 2,518 new cases, 329 are new cases of mutant variants of COVID-19 that are believed to spread more easily and prompt more serious illnesses. There is also some uncertainty over whether vaccines are effective against the P.1 variant, first discovered in Brazil. B.C. now has recorded 270 cases of the P.1 variant, or more than 12 times the 21 cases of that strain that had been identified two weeks ago.

Fernie has worked to control Covid-19 with amazing results. Only a couple of months ago Fernie went from 97 cases down to zero very quickly in an amazing community effort. Fernie is on track to finish the ski season with an extended two weeks closing on April 11th.

Let’s keep doing the right thing as a community and move towards achieving herd immunity, see more about booking your Covid-19 vaccine here.