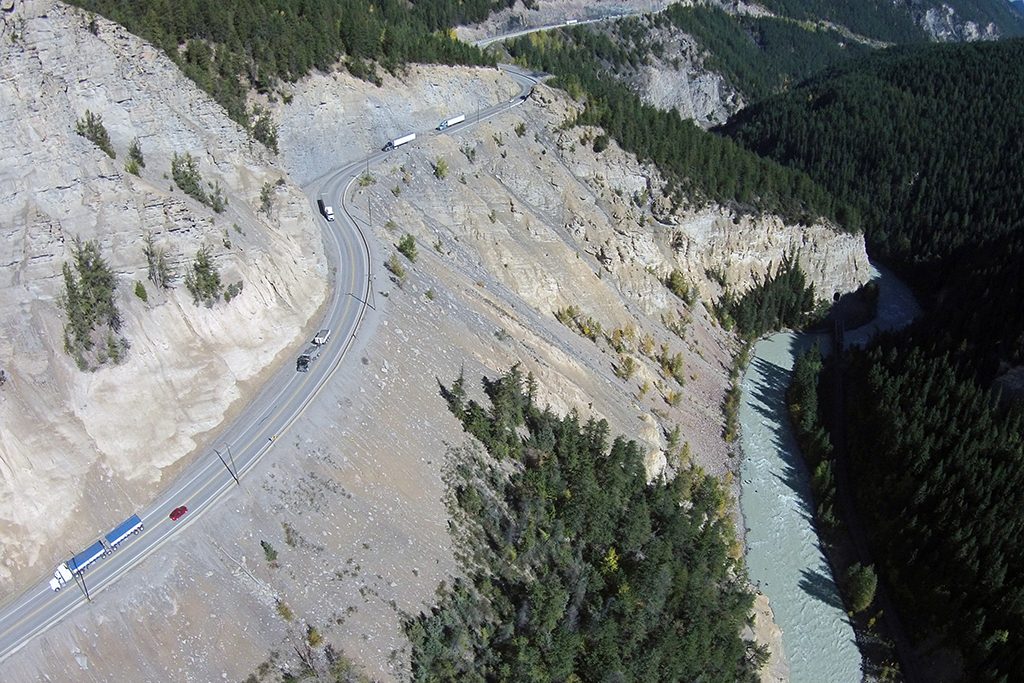 It’s officially Highway closure season in British Columbia and we’re going to experience increased traffic here in Fernie. The closing of the Trans-Canada will be stacking traffic lineups South of Fernie in the Rock Cuts Closure until sometime in May. The Rock Cuts weekday closure, between Morrissey and Elko, is the annual blasting effort to clear the above hanging bolder and debris hazards. To date they have been closing the traffic in both directions for up to 20 minutes. 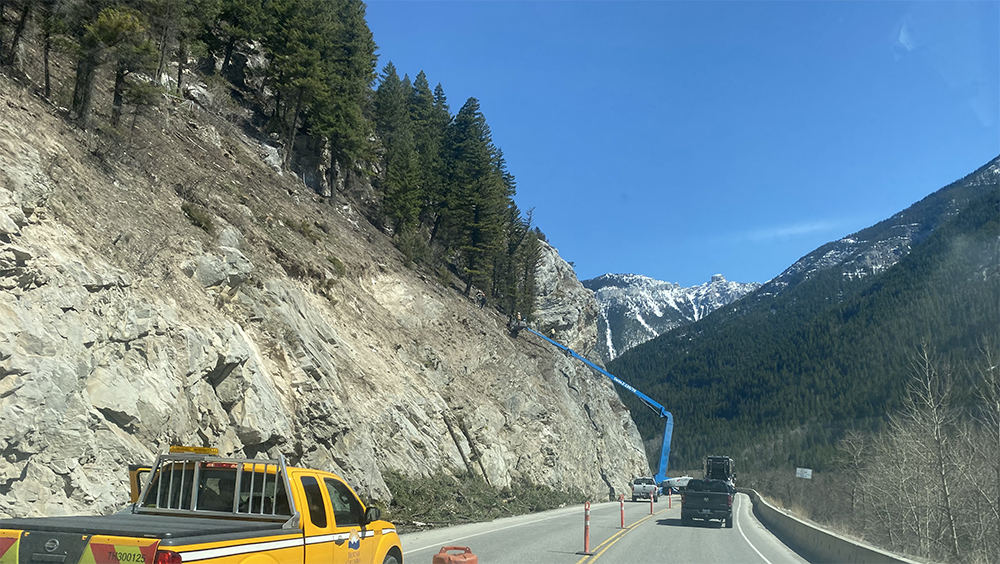 We’ll have some irritating wait times when combined with the Trans-Canada traffic – fortunately the primary detour is heading through Radium as shown below. 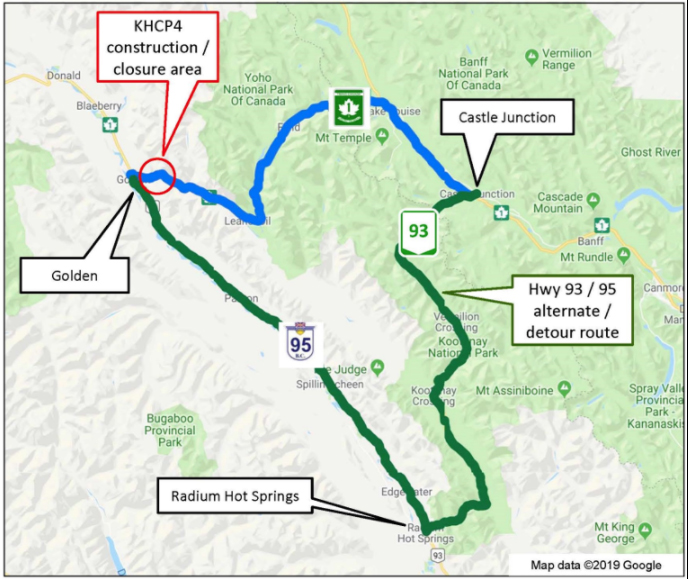 From April 12 at 9 am, to May 14 noon Hwy 1 (Trans-Canada Hwy) at the Kicking Horse Canyon east of Golden, will be closed as part of a project to expand the highway to four lanes.

During that time, there will be geotechnical investigations, clearing, heavy excavation, piling and hauling that can’t be done near traffic or during shorter interruptions. The closure is part of a traffic-management strategy developed with the community and stakeholders to minimize disruption during peak summer and winter travel periods.

The Kicking Horse Canyon, located just east of Golden, BC, is one of the most rugged and scenic sections to be found on the Trans-Canada Highway. As a tourist and commercial transportation corridor, the highway carries more than 10,000 vehicles daily during the summer. While the mix varies by season, up to 30% of the traffic consists of commercial vehicles moving millions of dollars in goods to serve interprovincial and international trade. Three phases of work have transformed 21 kilometres of narrow, winding two-lane highway into a modern four-lane, 100 km/h standard.

A significant percentage of the rerouted Trans-Canada Highway traffic will choose Highway #3 as it will be the shortest and most efficient route to the coast.

Construction of the fourth and final phase to complete the remaining – and most difficult – 4.8 kilometres is expected to be substantially complete in winter 2023-24. This will be another permanent closure.

We are fortunate that the closure will be during the spring and not the busier summer months.