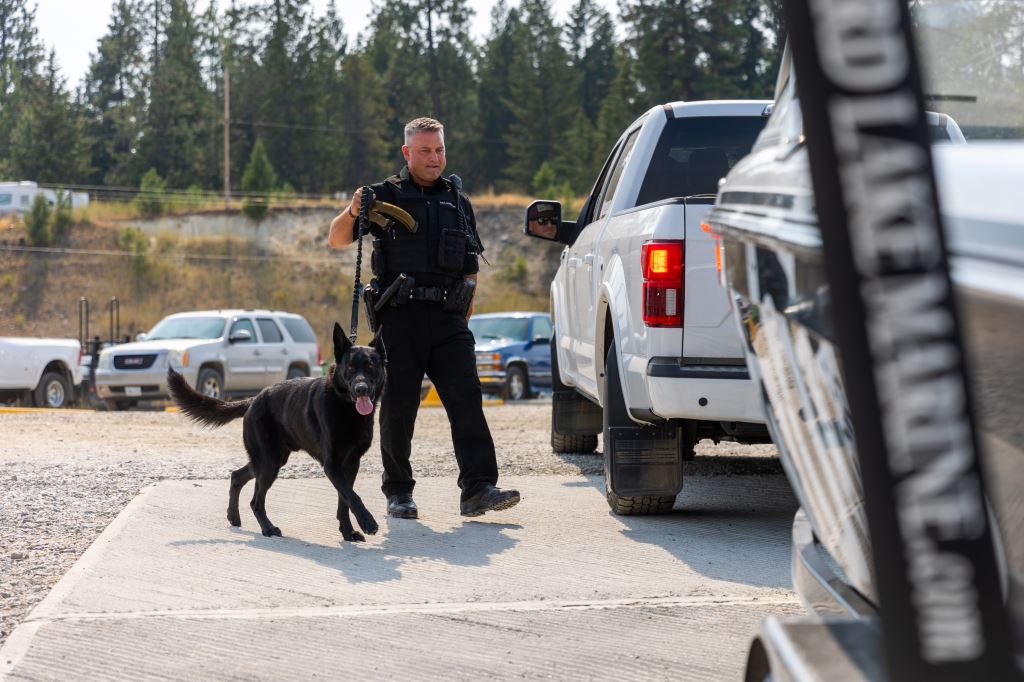 The best offense is a good defence when it comes to invasive species, because once they’re in, they can be devastating to the local ecosystem, and near impossible to get rid of. This has been the case for zebra and quagga mussels in eastern Canada and the United States.

Zebra and quagga mussels are native to the black sea region of eastern Europe and western Asia. They came across the sea in the 1980’s on a ship ballast, and invaded Canada’s Great Lakes. Since invasive species have no natural predators in a new environment, the mussels spread through the Great Lakes, currently reaching as far as Manitoba, and into the United States.

Sergeant Josh Lockwood of the Conservation Officer Service still remembers the first boat he saw with invasive mussels on it coming into BC in 2015.

“The first boat came out of Cross Lake, Texas. We examined the boat with one of the scientists from Victoria who came up and determined that it had mussels on it. They weren’t viable. It’d been out of the water for more than 30 days and they were dried. But at that point, we knew we had to do something,” Lockwood says. 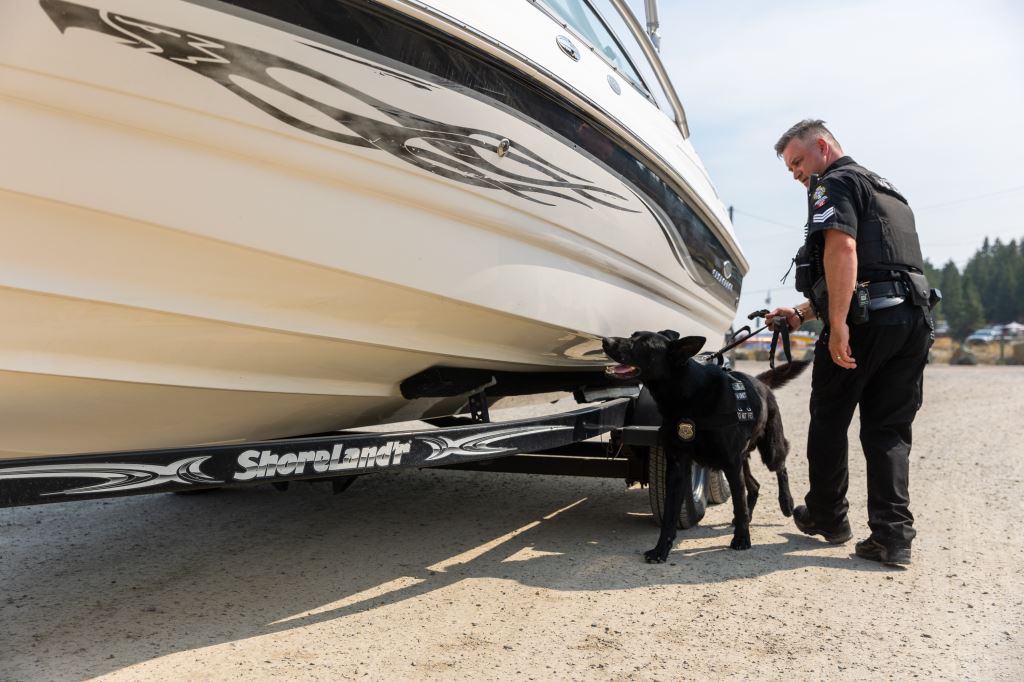 During boating season, watercraft inspection stations are set up on major highways and border crossings coming into BC. In 2022, there were seven permanent stations and two roving stations, which require mandatory stops for inspection of all watercrafts, including kayaks, paddleboards and any flotation devices. Failure to stop for inspection can result in a $345 fine under the Wildlife Act.
During an inspection, an officer will interview the watercraft hauler, examine the watercraft, and if necessary, conduct a hot water flush in areas of the boat that might contain microscopic larvae or eggs. Officers can quarantine a contaminated boat for 30 days, after which any mussels will not be viable. The program also runs a K9 unit, and currently employs two dogs trained to sniff out the invasive critters.

The Invasive Mussel Defence Program has a significant reach and impact. In 2021, out of the 33,300 watercraft that were inspected, 17 were found to be mussel-fouled. The program prevented these watercrafts from unknowingly introducing the invasive mussels to BC waters. Furthermore, 61,600 people participated in public education and outreach in 2021. Officers who conduct these educational courses encourage the public to follow the mantra: Clean, Dry, Drain, when it comes to caring for their watercrafts. 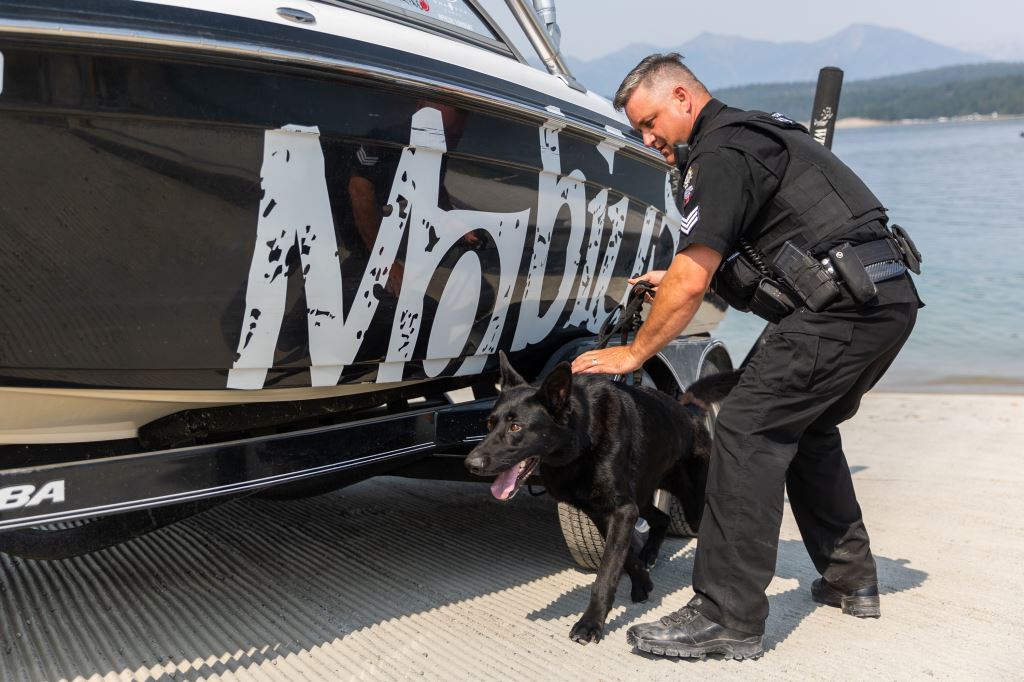 Lockwood has worked with the Invasive Mussel Defence Program from the ground up, ever since that first boat became a catalyst for the creation of the program. It’s a job that he feels passionate about.

“We don’t have any zebra or quagga mussels in any British Columbia waters, so I think it is a very effective program, and an important program for ecology, agriculture and tourism,” says Lockwood. “I’ve been in places that have massive zebra and quagga mussel infestations. When you get out of your vehicle, it smells like you’re at the ocean and everyone at the beach is wearing shoes because the mussels will literally cut your feet. It can be devastating if it gets a foothold.”

When introduced to a new ecosystem, zebra and quagga mussels outcompete native species for their main food source, plankton. As the mussels spread, they filter more and more plankton out of the water, which allows more sunlight to penetrate. This impacts fish and wildlife by increasing toxic algal blooms. Additionally, mussels can clog and damage water infrastructure, such as dams, community water supplies, water treatment facilities, fisheries and hydropower operations. 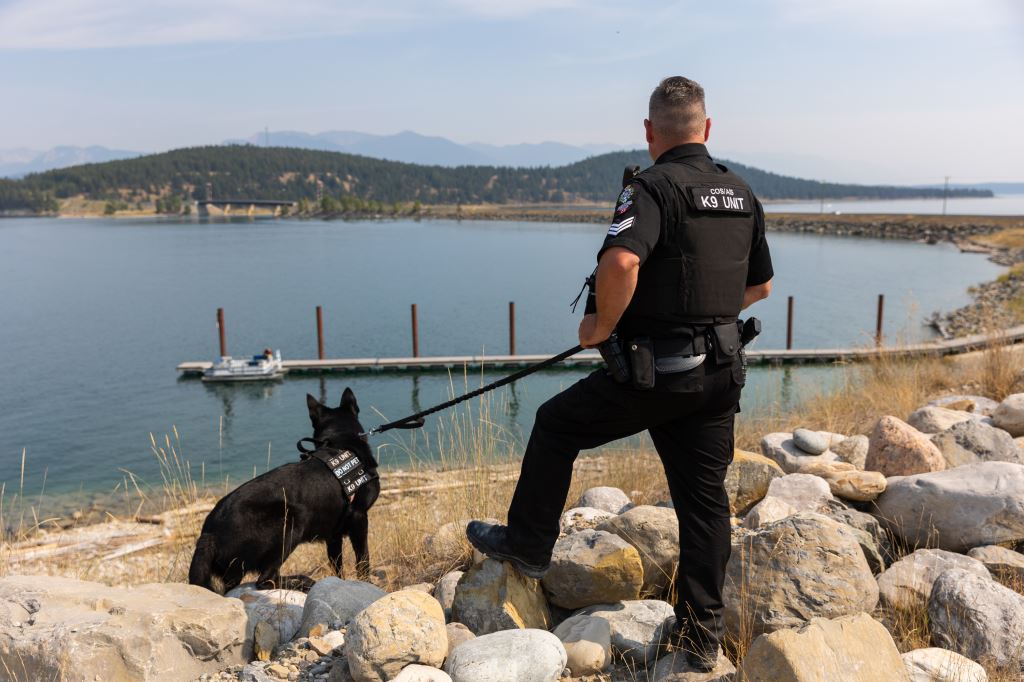 Castlegar resident Ian Kalaski has been boating his whole life. From the fishing community and online publications, he’s aware of the potential for spreading invasive mussels, and checks his boat regularly.

“I think the checks are important to people that are traveling in and out of province or from the ocean back into fresh water. It’s too much to determine if some people should stop and some shouldn’t, so they have to stop everybody. It’s reasonable that way,” Kalaski says. “I’m fine with stopping because it’s part of the program.”

“If we can maintain and maybe even increase what we’re doing now, I think that we can hold where we’re at, and not get mussels into British Columbia,” says Lockwood.