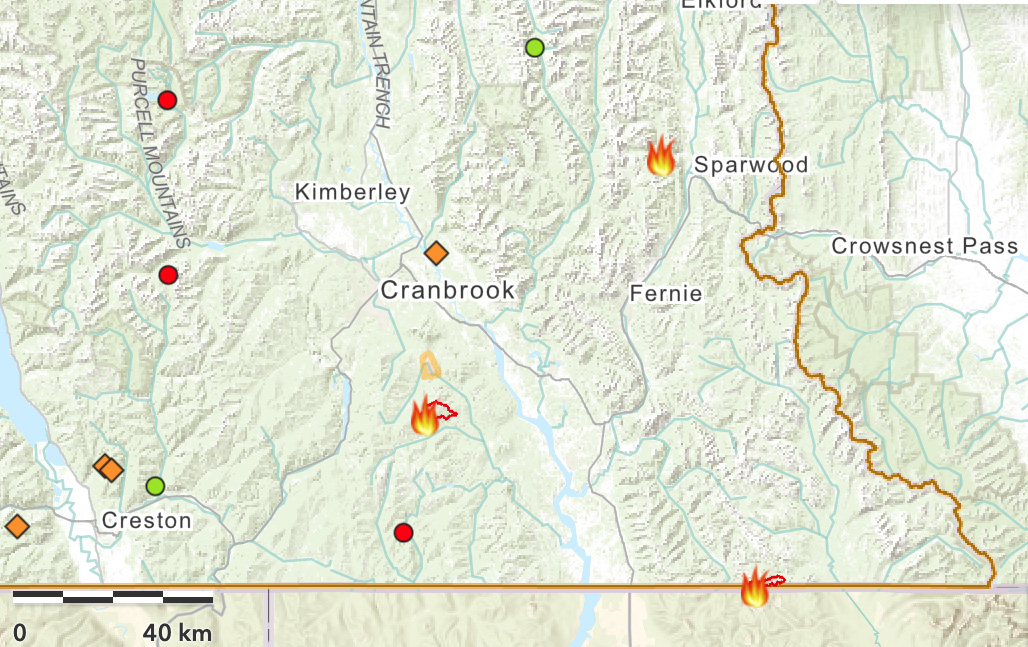 As BC Wildfire Service crews continue to make progress on the Connell Ridge fire, the Evacuation Alert that was issued on August 2 has been rescinded. As of 4:30 pm August 20 six properties south of Mount Baker on the Gold Creek Forest Service Road will no longer be under an Evacuation Alert.

“With the hard work of the BC Wildfire crews and the favourable weather conditions, the BC Wildfire Service have determined it is safe to lift the Alert for these six properties” says Regional Emergency Operations Centre Information Officer Nathan Siemens. “We are grateful to all the individuals on the front lines and behind the scenes from BC Wildfire Service who have been working to protect the residents and the properties in the area of the Connell Ridge wildfire.”

The Connell Ridge fire is currently estimated to be 1,769 hectares in size and originated approximately 23 km south of Cranbrook.

Although this alert has been rescinded, Siemens says it’s still important for all residents in the region to remain aware and prepared. “We have received some rain in different parts of the region; however, conditions remain extremely dry and we all need to continue to stay prepared and aware as the Fire Danger Rating remains High to Extreme in our region.” 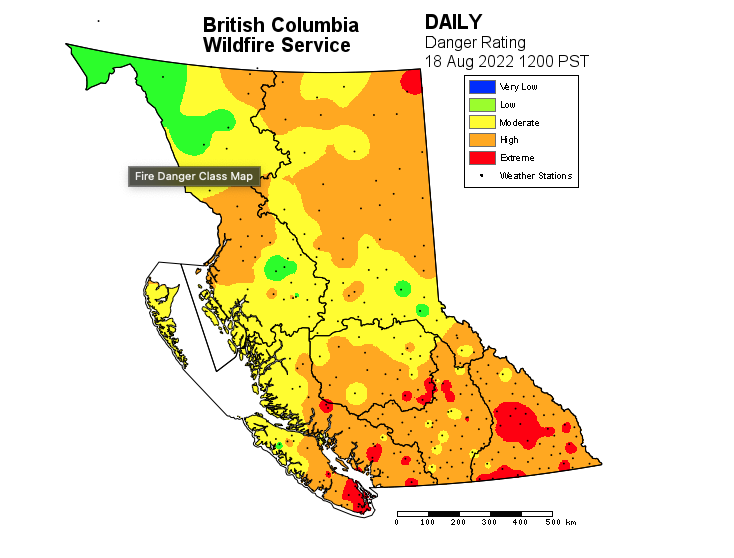 The Regional District of East Kootenay has issued an Evacuation Alert for six properties near Cranbrook south of Mount Baker on Lightning on Connell Ridge. See the official Evacuation Alert here.

“Evacuation Alerts are intended to give people time to prepare themselves so that they are ready to leav immediately if an Evacuation Order is issued,” explains East Kootenay Regional Emergency Operation Centre Information Officer, Loree Duczek. “Residents within the Alert area with livestock or large animals are encouraged to take steps now to find a place to relocate their animals.”

Other steps that those within the Alert area can take now to prepare:
• Make a family reunification plan
• Gather important items such as medications, insurance documents, valuables, supplies for children and pets, and other important items
• Register for the Regional Evacuation Notification System at www.rdek.bc.ca
• Monitor www.bcwildfire.ca
• Join the RDEK’s email list at www.rdek.bc.ca

“In addition, if residents have RV trailers or boats in the Alert area, now is the time to move them. If an Evacuation Order needs to be issued, the priority is getting people out, and RVs and boats will be left behind at that point,” explains Duczek.

The fire is estimated to be 150 hectares and is suspected to be lightning-caused. 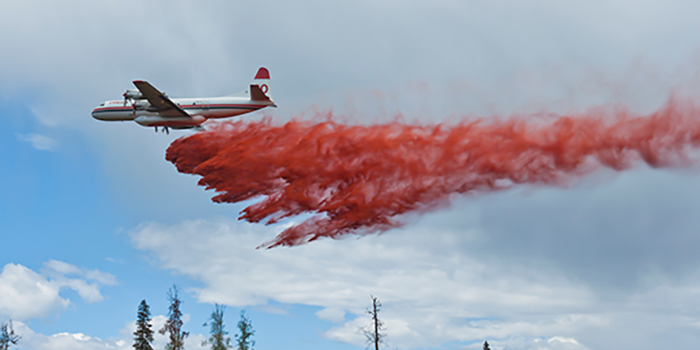 BC Wildfire reports that the fire is currently burning as a moderate to highly vigorous surface fire with a moderate to fast rate of spread. Resources on the fire currently include one unit crew, an initial attack crew and response officers are on scene, with a second unit crew scheduled to arrive later in the day. Ground crews are being supported by helicopters moving resources. Airtankers and skimmers are providing support cooling the fire with retardant and water respectively.

For more information on the stages of evacuation and tips on how to prepare in the event of emergencies, visit www.rdek.bc.ca.