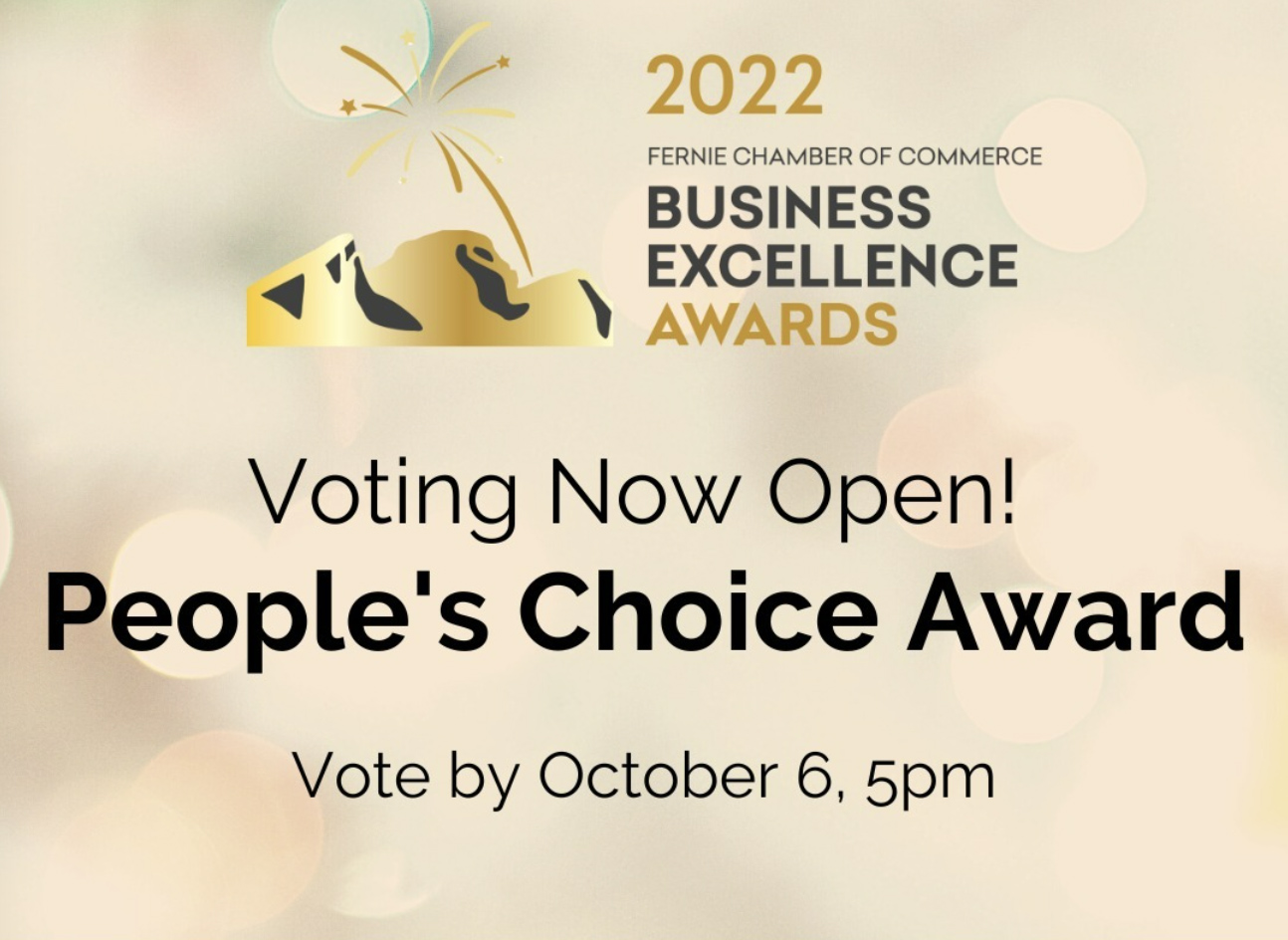 The general public can now cast their vote here.

While the voting takes place the other awards are with the independent panel of judges. Finalists in each award category will be announced on Friday 7 October. On that same day, tickets for the awards gala will be released. This event will sell out and ticket priority will be given to awards finalists first, before releasing them to the public.

The 2022 Fernie Business Excellence Awards will take place this year on Friday 21 October at the Rusty Edge.