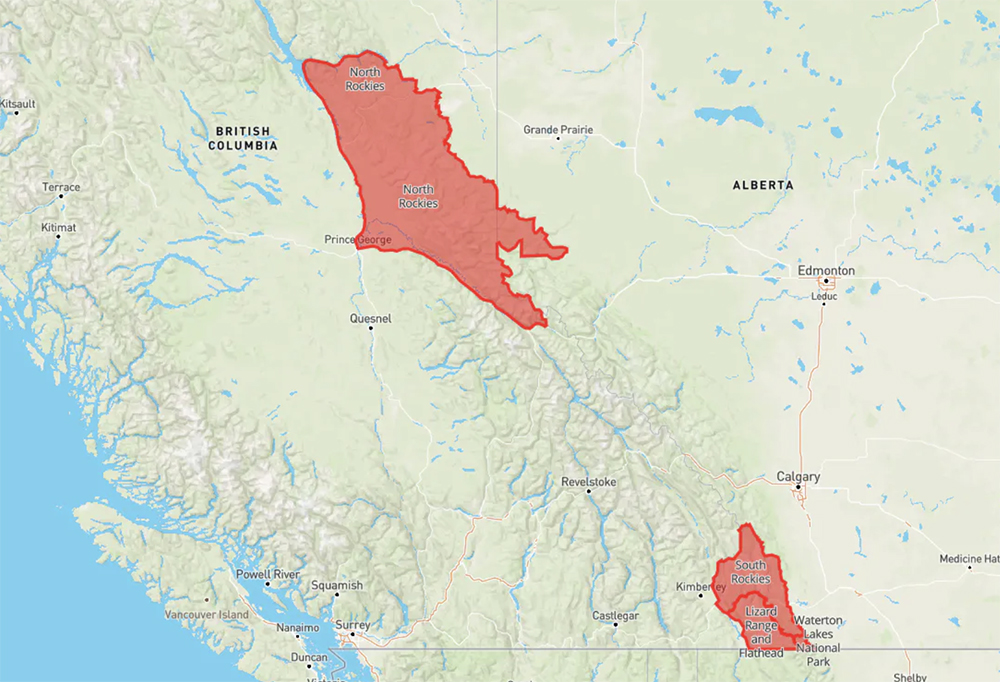 Avalanche Canada is issuing a Special Public Avalanche Warning for recreational backcountry users in the North Rockies, South Rockies, the Lizard & Flathead, and Waterton Lakes National Park. This warning is in effect immediately and through the coming weekend. Avalanche Canada forecasters will reassess the situation on Monday to determine if the warning should be extended into next week.

A persistent weak layer in the North Rockies has resulted in two recent fatalities. This layer is also the suspected cause of a near-miss incident in the South Rockies, which resulted in very serious injuries. The layer of concern is widespread throughout the province but is most susceptible to human triggering in these regions.

“The next wave of storms is going to make for great riding but will also increase the load on these persistent weak layers, making avalanches even easier to trigger,” explains Warning Service Manager Karl Klassen. “This string of fatal and serious incidents should be a wake-up call for all backcountry users, especially in the North and South Rockies. This layer is deep enough that it’s not easily seen, but large and destructive human triggered avalanches are expected.”

Backcountry users should always check their regional avalanche forecasts at www.avalanche.ca. Everyone in a backcountry party needs the essential rescue gear—transceiver, probe, and shovel—and the knowledge to use it.