The land we know as Ridgemont, that has some of Fernie’s most accessible recreation trails, has been closed for public use. Once again the developer has closed public access to Fernie’s most popular trails for reasons that have yet to be disclosed. Hopefully this status will change and the trails will reopen in the immediate future. The blue zone on the following map outlines the Ridgemont trails that are closed. 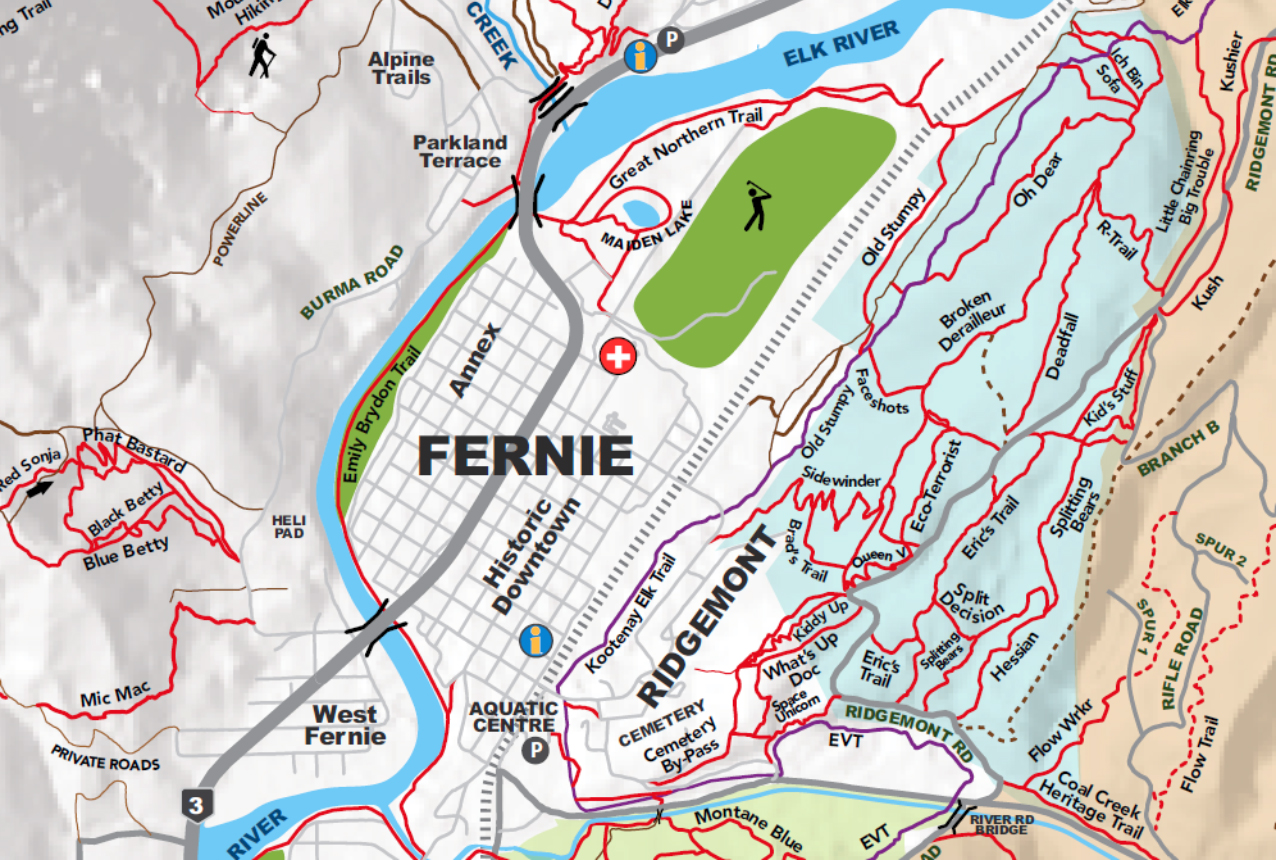 Here is what was posted earlier today on the Fernie Trail Alliance’s website:

Following on from the Fernie Trail Alliances’s announcement on January 10th to immediately step down from managing the Ridgemont trail network, the FTA is supplying the below additional information, to assist in answering the public’s key questions.

Since the initial Press Release, the main questions that have come about are firstly, what are the demands? And secondly, how did it happen?

As mentioned in the January 10th release, the above demands, of a charitable organization run by volunteers, are unrealistic and the FTA feels it would be an irresponsible use of public funds.

Furthermore, with the six week delay between the FTA reporting the error on November 29th 2019, and Parastone responding on January 7th 2020, the FTA are physically unable to meet many of the demands due to the time of year.

HOW DID IT HAPPEN?: The short connector was to lead to the Space Unicorns Trail, primarily to cater to kids and families after the prior substantial trail loss in the area. The trail was approved by both the FTA and the City of Fernie and while the FTA are in no way excusing or denying the error, they remain of the belief that the honest mistake is not of the severity to warrant the above disproportionate and challenging demands.

As mentioned in the January 10th release, the FTA has been involved in managing trails on Ridgemont property for a number of years in good faith, with no land-use agreement in place with the Landowner. Despite the FTA making numerous and persistent efforts to secure a land-use agreement, Ridgemont Landowners have consistently declined to enter into any formal agreement with the FTA.

QUESTIONS?: While the FTA will remain open to future negotiations of a land-use agreement for this area, all questions regarding the Ridgemont property and what this means for Public use, please contact the Land Manager direct – Parastone Developments.

January 7th, 2020: Response from Parastone to the FTA