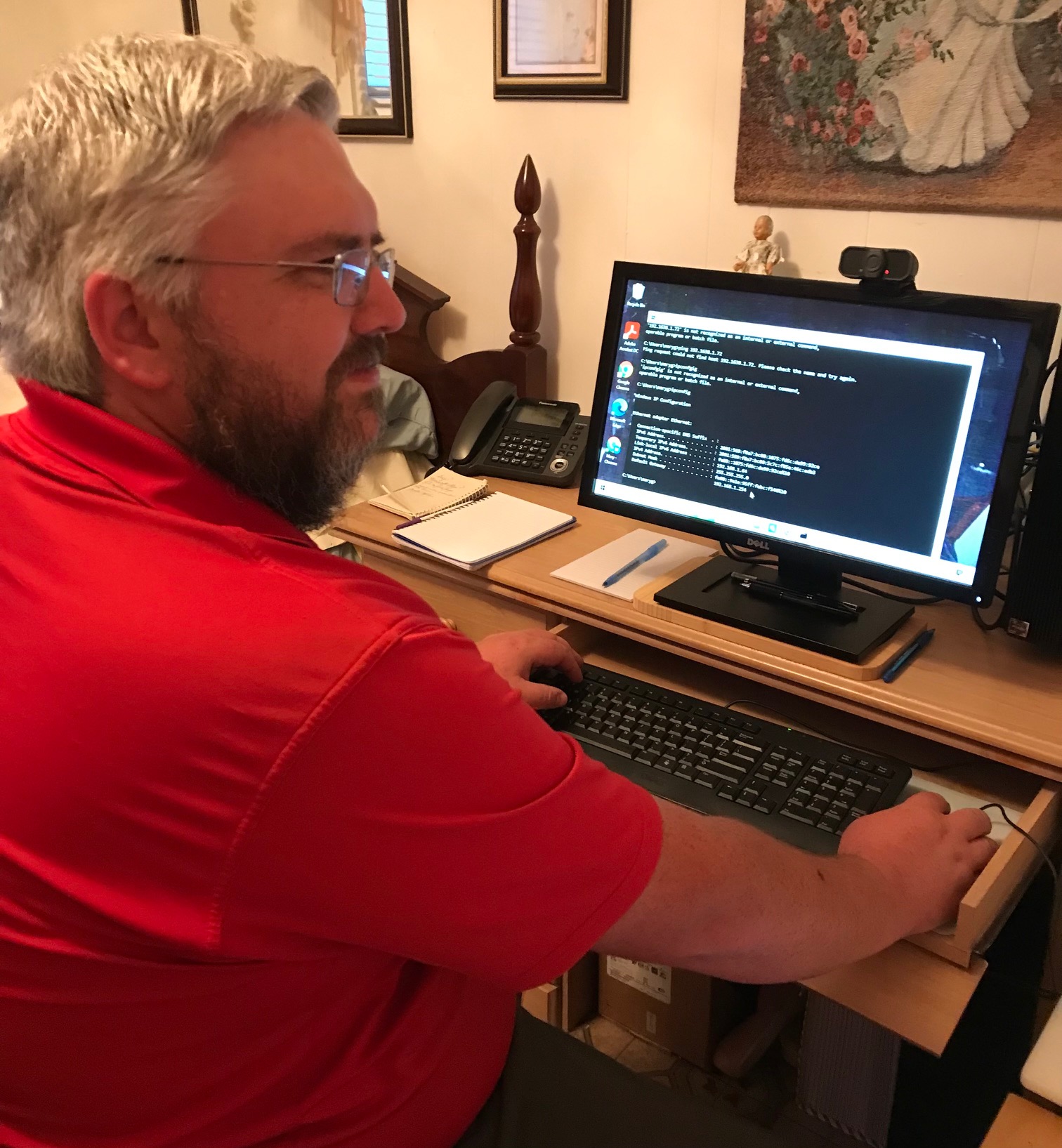 I purchased my first computer in 2000 without any information on how to use it. Over the years I’ve learned a lot from a variety of sources, one of them being Jesse Mould. A longtime resident of Fernie, Jesse is the one that often came to service the computers in my home when I contacted Isosceles and each time, he would share bits of information on how to use it more efficiently.

Jesse is a very personable young man who was born in Calgary, Alberta in 1979. He and sister Nicole and parents Dixie and Ted Mould moved to Fernie in 1987 when his dad got a job with the Nohels Group. Jesse said that his dad Ted owned his own helicopter and was in great demand across the country for his extensive pilot skills in a variety of tasks. He is one of the senior helicopter pilots in Canada, on the verge of retiring however as his knowledge and ability is still in demand, he contracts out his pilot skills to jobs like firefighting undertaking bombing and diverting water to the ground. He worked on the Fort MacMurray fire which Jesse said his father told him was much worse than it looked on television.

Jesse says he remembers attending a couple of grades in Calgary but recalls clearly starting grade three in Fernie with Mrs. Valikosky and grade four with Mr. Carter. After graduation he attended Lethbridge College to study Introduction to Computers and Networking. The following year he moved to the University of Lethbridge to take extensive courses on computers, he had his practicum at the University which also gave him work experience. When he completed his studies, he was hired by Forzanis as a sales associate working to pay for the school costs. He was moved to management of Sports Check and Sports Mart and following a three-year period made a move to Ontario where he assisted in the management of four Sports Marts. He said that although he had done well with learning about computers, he didn’t actually do the work but he eventually got tired of London Ontario and come back to Fernie. 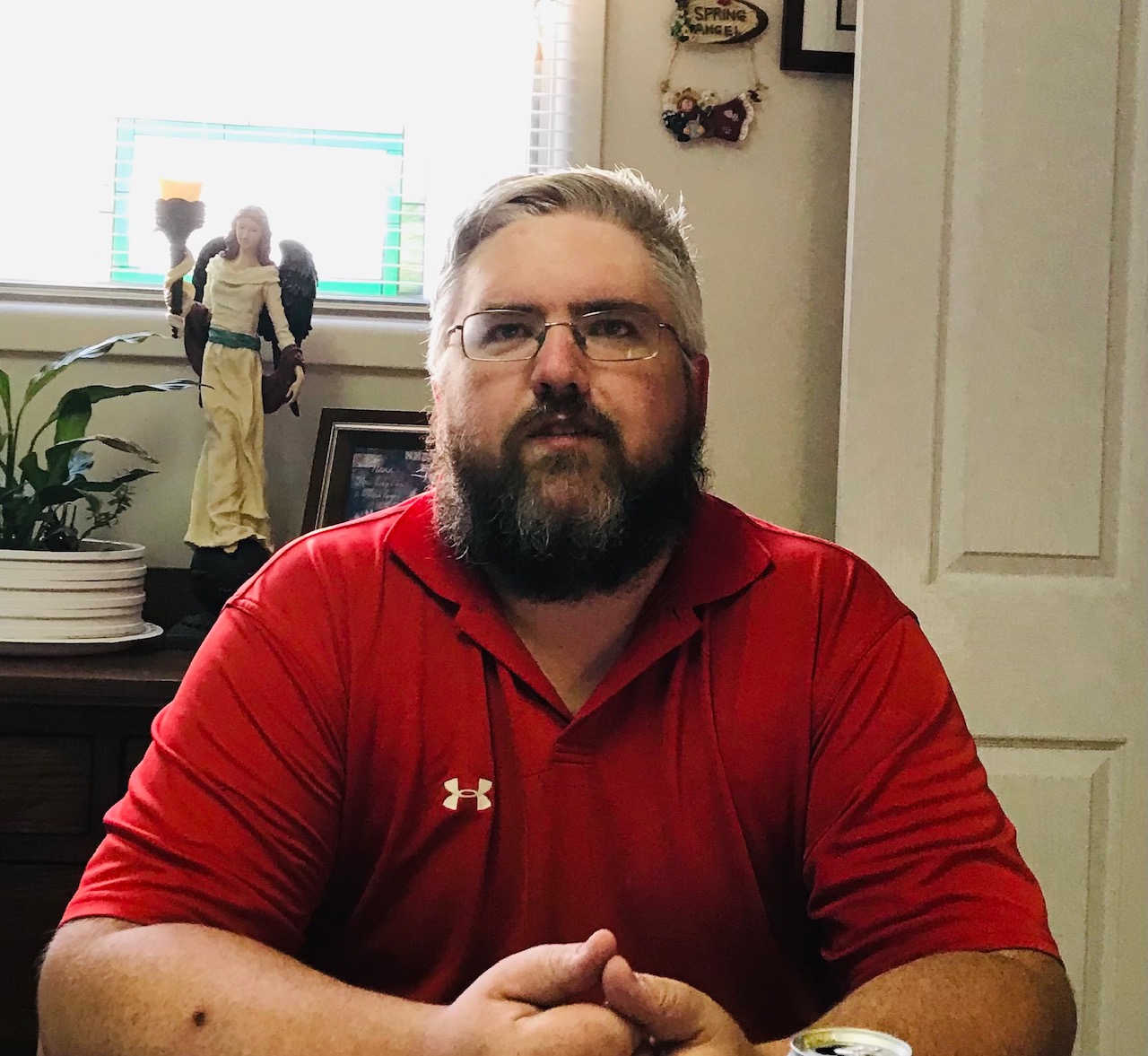 On his return Jesse went searching for some of his schools pals and found that his friend Ryan Doehle had opened a computer business. Ryan said, “you need a job” and promptly hired him for Isosceles. At present with 15 years of experience he’s loving the work and said this has proved very beneficial for him as he’s found actual work made it more educational than going to school. “Being thrown in with some who know more than you do, and they teach you the tricks of the trade, its an education that gives the foundation, experience is more intense, everything changes so quickly, it seems we’re always one step behind the changes”. He speaks warmly of his friend Ryan and Stan Doehle who he said were very generous with their knowledge. “I learned to get cable through walls, attics, floor spaces and go from A to B thanks to Stan”.

He and wife Steph Laface met in 2008, they have six children, Jackson 13, Noah 11, Mattias 8, Sophia 5, Ella 3 and Dexter 1. He speaks proudly of Steph as a wonderful wife and mom who is a great cook and baker. “My family is everything to me, the reason I do what I do, a partial reason I want to run for council, I want to make sure Fernie is here for my kids. The focus on niche things that make tourists come and then want to stay, biking, skiing, hiking will always be here but if community isn’t here all we will be is a Banff.” Asked to explain further he says, “What is community? It’s a feeling of home, I know all the neighbors, I can walk down the street and say hello, community gatherings, sense of home, sense of neighbors. We can’t live in the past but can sprinkle the Fernie flavor. You start playing with the water, that bothers me, I love fly fishing, I love the river, mess with the water and it’s a problem for me, I love hunting, love splashing in mud with a four-wheel drive vehicle”.

He also loves technology; he helped his son who he notes has inherited the “techy bug” build a gaming computer and he loves to play with new technology. He also enjoys cooking on the fancy new barbecue his wife got for him for his 40th birthday. “Fernie is important to me, I want things to get better here”. He’s a member of the Rod and Gun Club, involved with projects and volunteer for the kids shoots and target practices, “if they need help, they know I’m there for them, oldest and great organization to be involved in”. Adding as a “child of the digital age I like to work in this field but I also like to build things such as decks, I know the carpenter basics, I ran a saw and as a 16 year old worked in logging in the Rogers pass, learned to be a choke setter, a logger who attaches cables to logs as my dad taught me to do it. In retail I learned to talk to people”.

Jesse is good at what he does. When called he comes quickly, is reliable and once he has fixed the problem, he explains it. Today, he has fixed his eye on seeking a seat on the City of Fernie council. At 42 years he is energetic and dependable, a great dad to his six children, a thoughtful and considerate husband to Steph and a good son to his parents. He’s also a good citizen who cares about his community and wants to be part of a council. He will seek to make things better and easier for its residents, young and old, for the present and the future, and one that is more open to communicating with them.