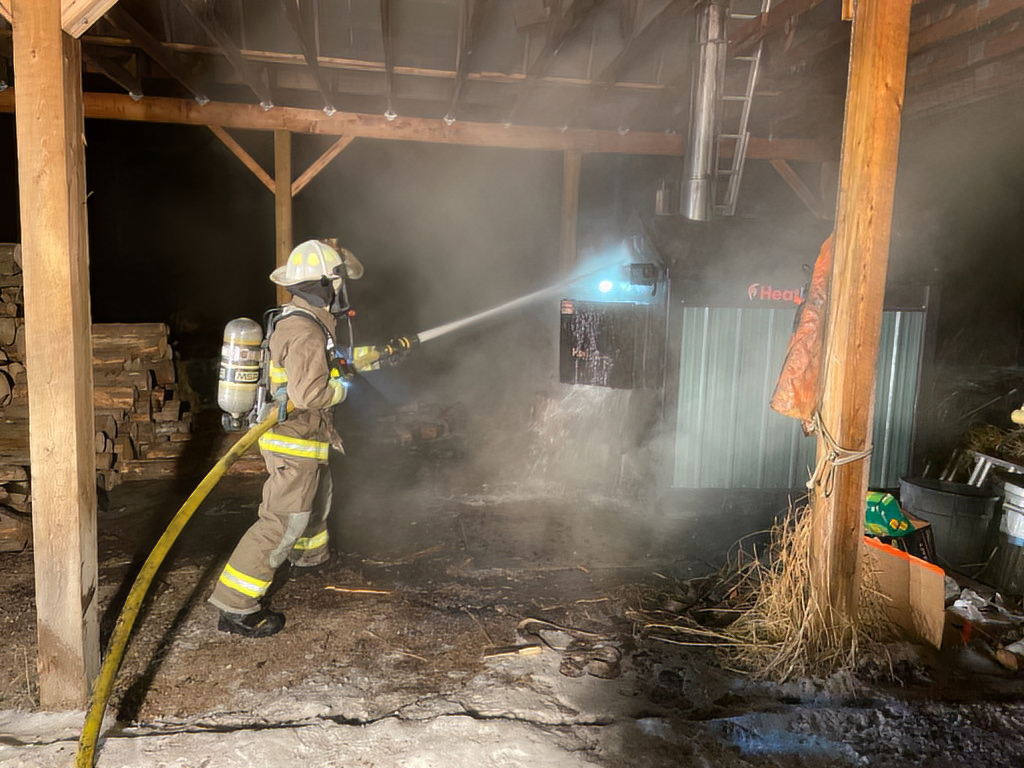 Members of the Hosmer Fire Department responded to a structure fire this evening.

“Five pieces of apparatus and five firefighters responded to the call, which came in just after 6pm,” says Elk Valley & South Country Rural Fire & Rescue Chief Michael Hockley. “The homeowner did a good job of knocking down the flames until our team arrived and we remained on scene until all the hot spots were fully extinguished and cooled.”

The fire originated in an exterior wood burning unit, and while the exact cause is under investigation, it is not considered suspicious in nature.

Fortunately, there were no injuries as a result of the fire. The home, which has sustained some damage, was saved and will be able to be repaired.

A big thank you to the members of the Hosmer Fire Department and the quick actions of the homeowner.