Local small business Loaf Bakery & Restaurant was named one of the top five best small businesses in BC for their leadership, growth and profitability announced Small Business BC this morning.

Loaf Bakery & Restaurant is competing to receive the Best Company Award as part of the annual Successful You Awards Contest. This award will recognize one BC business for their demonstration of exceptional leadership and proven track record of growth and profitability.

Small Business BC, the premier resource centre for small business hosts the Successful You Awards annually in recognition of the outstanding contributions entrepreneurs make in BC.

“It’s fantastic to see such a diverse and vibrant range of businesses being recognized for their achievements,” says George Hunter, Small Business BC CEO. “The Successful You Awards acknowledge the entrepreneurial talent and creativity that exist in our province. By competing to be named the best in BC, these business owners are setting an example of success for future entrepreneurs.”

“In a highly competitive global economy the strength of small businesses is critical to shaping local communities, creating new jobs and serving consumers. To make it to the top 5 is quite an achievement given the high caliber of candidates competing. We wish the best of luck to the remaining contestants,” says Bill Adams, Vice President, Western and Pacific, Insurance Bureau
of Canada.

This year, 172 businesses were nominated and narrowed down to the top ten in six award categories through online voting. Each business then submitted an extended application detailing why they deserved to be named one of BC’s best, allowing a judging panel to select the top five.

The winners will be announced at the Successful You Awards Ceremony, a business-networking event open to the public on February 28, 2013 at the Pan Pacific Vancouver, featuring a keynote address Spencer Smith, Vice President, Pacific Coastal Airlines. Smith will share the moving story of how his family transformed their small airline business into a multi-million dollar business employing over 200 people across BC.

For more information on the Successful You Awards competition and ceremony, visit www.successfulyou.ca

Support Fernie Small Businesses When You Can

Brent Bidston Area A Volunteer of 2020 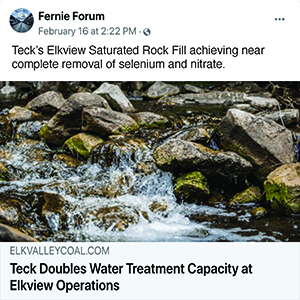 25 Projects Take to the trails

The life of Beny Mangone