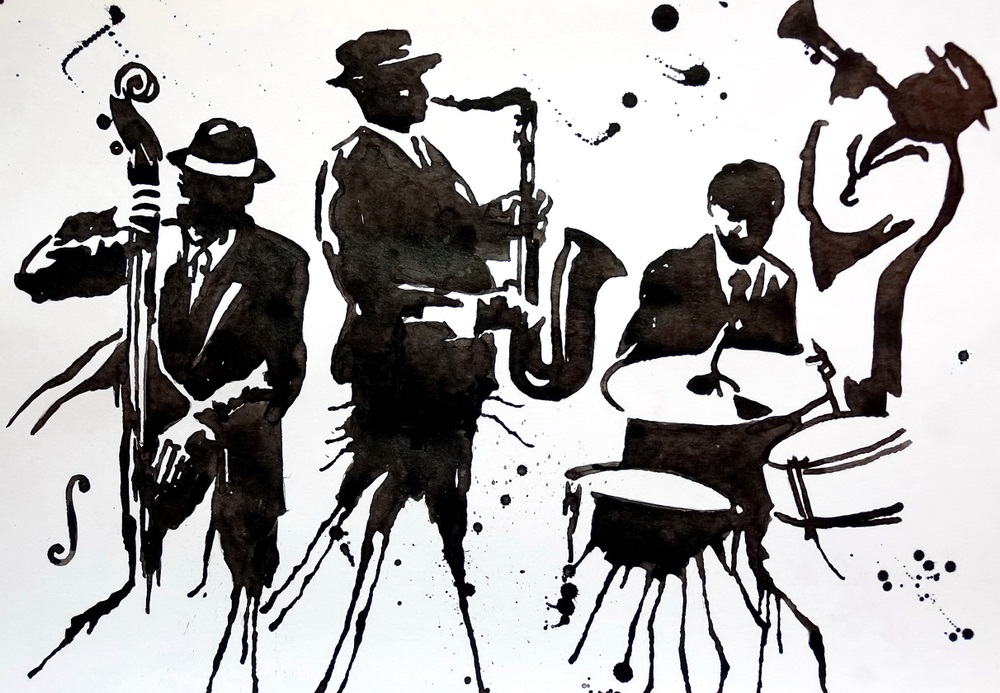 In these days of lockdown, my sound tracks are Jazz24 and Radio Paradise. Each holds a place. And a time. Both are DJ generated and bring surprises one song to the next. On Radio Paradise, a ukulele version of Bohemian Rhapsody by Jake Shimabukuro leads seamlessly to Billie Eilish’s Lovely.

At this moment, Radio Paradise is streaming Riviera Paradise by Stevie Ray Vaughn from his 1989 album In Step. Music brings back to moments. Riviera Paradise takes me back to the last months of 1992 in Santa Barbara. Residential construction crashed. We had no work. Zero. An local engineer approached me about building a pool hall on State Street, the main downtown drag. Johnnie wanted the room to look like had been there since the Thirties. The times of Bonnie and Clyde, big cars with rounded fenders, twelve-cylinder Packard’s and the men wore fedoras and pork pie hats in all seriousness. And Johnnie was a shark. He wanted a hall with the big games on the back table and everyone, in the front and in the back, would be comfortable.

With an eye toward that end, Johnny picked up a jukebox at the start. Every day, as we wrapped up, I’d toss in a couple of quarters and play Riviera Paradise a few times. For the first time, I heard Stevie Ray Vaughn do more that Austin fast blues diddle on the guitar.

“You have to listen for the spaces between the notes.” Eddie Heywood.

After I lost my first job in advertising, I moved to Martha’s Vineyard and worked construction. One of my early clients was Eddie Heywood, Billie Holliday’s favorite pianist.

He recorded some memorable tracks with her and wrote the classic jazz piece Canadian Sunset which set him up.

“Eddie had the sickness.” His wife told me one day, explaining why they left Harlem.

One afternoon, after walking down to the post office, Eddie called me into his studio. One side was all glass, looking out to the pond. In the center, a Steinway concert grand.

“I just picked up the master for my new album.” He carefully unwrapped the flat thin package, uncovering a plain brown sleeve and pulled the black un-labeled LP out of the sleeve. “Let’s listen.”

What ensued was a lesson in composition like no other.

In the middle of a piece, Eddie would lift the needle.
“So, I started with this.”

And play a riff on the grand.

“But in the end, I ended up with this.” After a finishing the final riff, he’d drop the needle and we would continue. Song after song. First Side One. And then Side Two.

Eddie knew of my musical background. We had talked jazz, classical, pop. We had played the grand. We passed ideas back and forth. About music. About politics. About books.

Sometime in the hours of that sunny spring afternoon, he said the phrase that stuck with me verbatim all these years.
“You have to listen for the spaces between the notes.”

Eddie played jazz. He played and created incredible spaces between his notes. Sometimes spaces so big, you could drive a truck through. Spaces that kept you on the edge of your seat as you listened to his fingers run effortlessly over the keys of his grand. The notes defined the spaces. The spaces defined the notes. They melded onto one single entity.

When I first heard Stevie Ray Vaughn play Riviera Paradise in the empty space of Johnnie’s Pool Hall, I first heard the spaces he could put between his notes. Listen to this Tokyo performance late in his career.

A couple weeks after Johnnie opened a little old lady walked in the door trailing her two-wheeled shopping cart. She stood stunned. She walked around the bar and looked into the open space of the hall with the pool tables running to the back.

“I’ve lived in Santa Barbara for over thirty years and never knew you were here.”

Johnnie looked over at me. “I owe you beers for the week.”

We built a great pool hall.

Listen to Stormy Monday with the Allman Brothers at the Fillmore East. Live.

Listen to spaces define the notes. Listen to the notes curl around the spaces.

And take time, in this downtime, to appreciate the spaces forced into our lives. And the times that curl around those spaces.