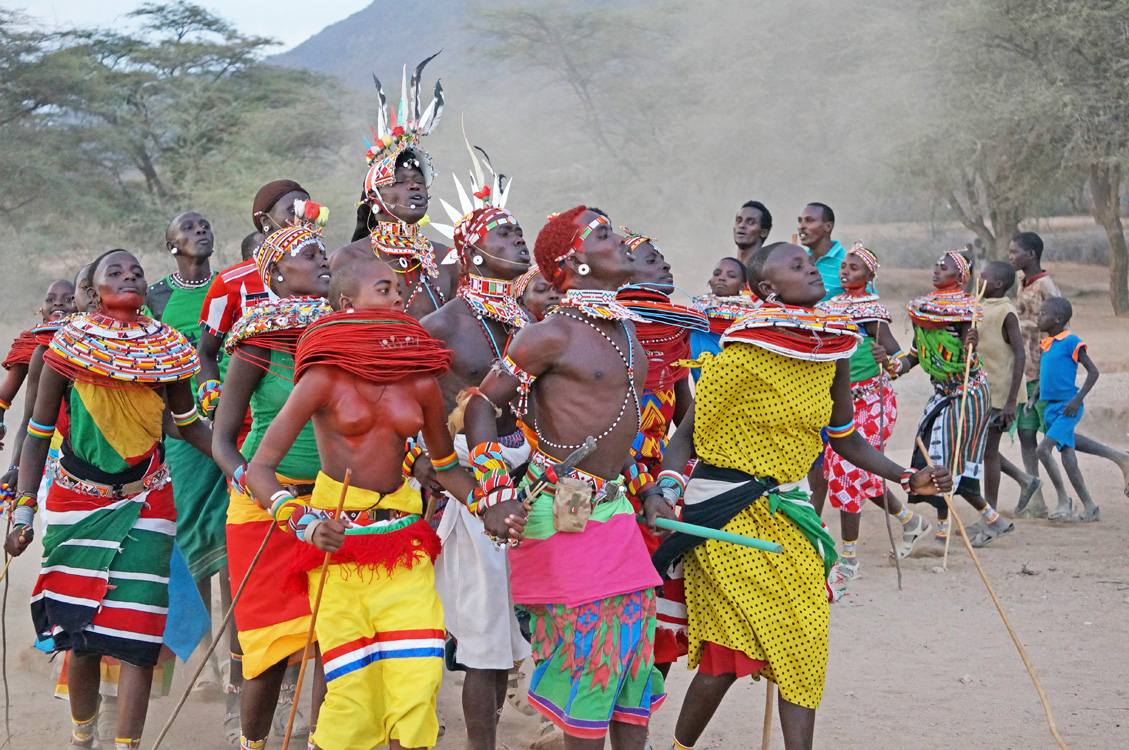 Some people say the heart and soul of Fernie lies in the ski hill. Others claim the coal mines. Or what about summer trails? I argue that these physical attributes are all just the surface stuff. Important? Of course. But on the surface.

The heart and soul of any town is the community, the people, the tribal love and support for one another. Ideas passed from elders to youth, wisdom passed from youth to elders. The bookstore, which in Fernie is Polar Peek Books and Treasures.

And this isn’t just my do-good, hippie-dippy opinion. 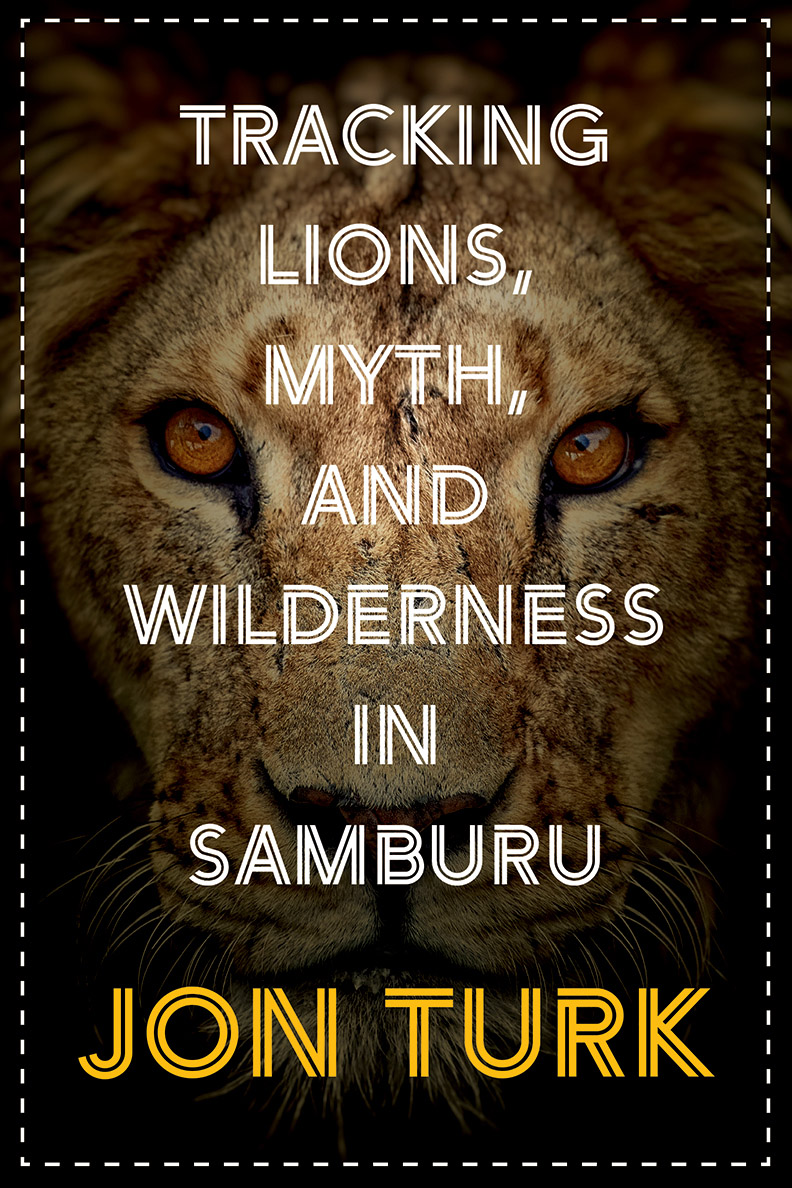 I wrote a book recently, called “Tracking Lions, Myth, and Wilderness in Samburu.” It is an adventure thriller set in the harsh desert-savanna of northeast Kenya. On the third day of that expedition, the Samburu village headman, Dipa, asked me to help him track a lion that had eaten one of the local cows. Dipa handed me a wooden club to defend myself in case the lion charged out of the bushes, with the intent to eat ME. “A wooden club?” I asked myself. “What kind of a rag-tag operation is this?”

Back in the Stone Age, people, did, in fact, survive and thrive on this savanna with primitive tools, such as the wooden club that I was carrying. Looking into the anthropological record, humans found the power to survive through art, storytelling, myth, and presumably music and dance long before they invented sophisticated tools and weaponry such as the throwing spear or the bow and arrow.

It was the metaphorical equivalent of Christmas gatherings of friends and relatives, not the ski hill, coal mines, summer trails, or the iPhones, rocket ships, or AK-47s. That’s indisputable anthropological fact.

But wait a minute. Now that I mention AK-47’s, how did they come about in a world of tribal love? In my time in Africa, this question arose up close and personal when intertribal warfare surfaced, placing real guns in our hands and in the hands of human adversaries in the bushes.

Because US supporting US all too easily becomes tribal US vs THEM. 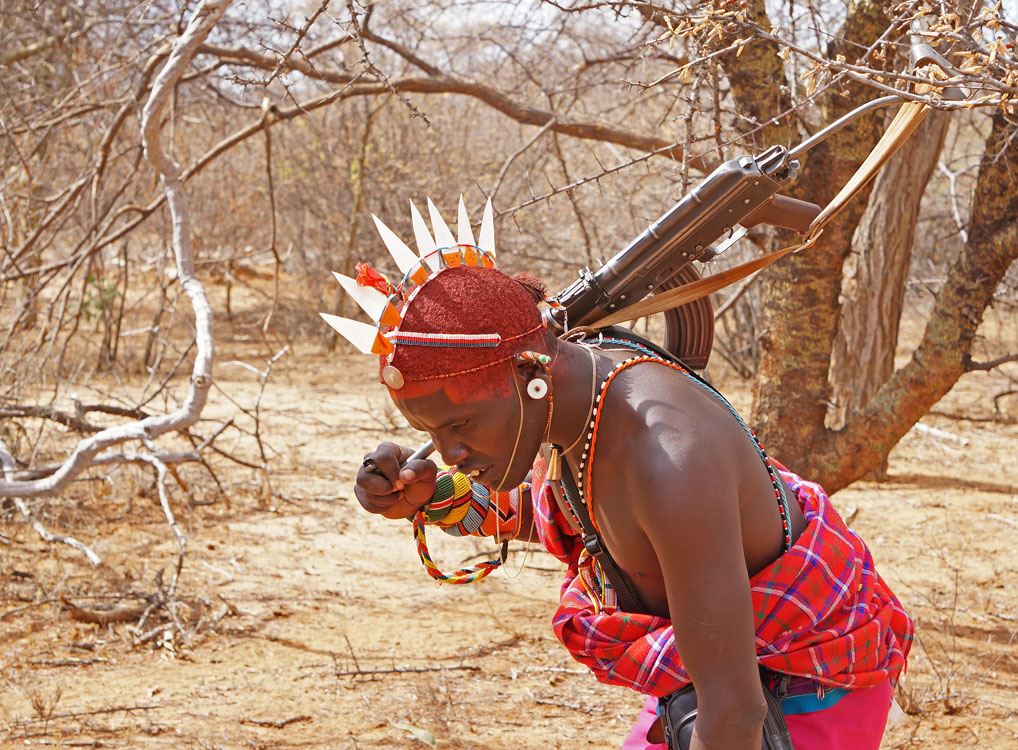 “Tracking Lions, Myth, and Wilderness in Samburu” traces the historical concentration of power into hierarchal leaders, and the resultant proliferation of intertribal and international warfare, all illustrated by my own experiences with the loving and hateful aspects of Homo sapiens.

But it doesn’t have to be that way. We have complex brains with wondrous cerebral cortexes, capable of independent thought. We can decide how to act. We have the natural world around us, that tells no stories, that spins no myth, that is always present, a guide to the NOW.