The agreement is the fourth Economic and Community Development Agreement (ECDA) in the province and fulfils the B.C. government’s commitment to reach 10 new non-treaty agreements under the BC Jobs Plan by 2015.

The Economic and Community Development Agreement (ECDA) will enable the Ktunaxa Nation, comprised of the four communities of St. Mary’s, Tobacco Plains, Lower Kootenay and Akisq’nuk First Nation, to share revenues from new coal mine projects in the Elk Valley.

The ECDA provides stability and greater certainty for coal mining operations in the Elk Valley. In the past fiscal year, mineral taxes derived from all coal mines in B.C. amounted to approximately 90 per cent of total provincial mineral tax revenue. Elk Valley coal operations contribute the majority of this revenue.

The agreement also supports the BC Jobs Plan commitment to support existing jobs and create new jobs through the expansion of existing coal mines and the establishment of new mines on the coal fields in the Elk Valley.

The ECDA builds on the existing Strategic Engagement Agreement (SEA) with the Ktunaxa, signed in 2010, which guides ongoing government-to-government discussions on natural resource decisions, and is another example of B.C.’s commitment to transform its relationship with the Ktunaxa Nation.

The agreement is one step toward addressing the Ktunaxa interest in being recognized as a government in the Ktunaxa Territory, being appropriately accommodated for potential impacts on Ktunaxa Nation’s asserted Aboriginal rights, including title, achieving a greater role in the regional economy and supporting Ktunaxa community development initiatives.

Under the ECDA, the Ktunaxa Nation will invest its revenue-share to achieve its social and economic objectives, which include enhancing the well-being of Ktunaxa communities and Ktunaxa citizens through initiatives related to education, cultural revitalization, housing, infrastructure, health, economic development, land stewardship, intergovernmental engagement processes and governance capacity.

Quotes:
Aboriginal Relations and Reconciliation Minister Ida Chong –
“This agreement will bring significant benefits to Ktunaxa Nation communities and enable them to benefit from resource activity in their traditional territory. Under the BC Jobs Plan, we made a commitment to deliver 10 non-treaty agreements that bring benefits more quickly to First Nations communities. Not only does today’s announcement fulfil that promise two years early, but we expect to see many more such agreements in the months and years ahead.”

Ktunaxa Nation Chair Kathryn Teneese –
“The Ktunaxa Nation is pleased that we have reached this agreement with the Province of B.C. It is one step toward the resource revenue-sharing arrangements that must be reached with all B.C. First Nations. This agreement will further our goal of achieving the Ktunaxa Nation’s vision statement, and provide current and future generations a benefit from the resources extracted within our territory. Through the provisions in the agreement, Ktunaxa will continue their stewardship obligations to manage the land within our territory, which includes consultation of future projects.”

Energy, Mines and Natural Gas Minister Rich Coleman –
“This agreement will provide significant social and economic benefits to the Ktunaxa Nation while creating certainty for industry in a key resource area of the province. It is a very positive step for the Ktunaxa Nation, the mining sector and for the region as a whole.”

Quick Facts:
· Mining activities in the Elk Valley generate approximately 90 per cent of the coal mined in B.C. each year.
· The ECDA covers the entire area of the Ktunaxa traditional territory, which is approximately 6.6 million hectares (approximately 66,000 square kilometres or 25,500 square miles) in size; however, the coal mining revenue-sharing component of the ECDA is focused on the coal fields located in the Elk Valley.
· The forest section of the ECDA replaces the existing Forest Revenue Sharing Agreement with the Ktunaxa Nation Council and provides forest revenue-sharing commitments to the tune of $917,537 for 2013-14. The coal mining section of the agreement is a new revenue-sharing stream.
· This is the fourth ECDA signed with First Nations since the first one was initiated two years ago.
· B.C. is a partner with the Ktunaxa Nation in more than 10 agreements, initiatives and protocols.
· Ktunaxa Nation Council represents approximately 1,100 Ktunaxa Nation members in four Ktunaxa communities within the British Columbia portion of their traditional territory.
· A recent analysis by Ktunaxa Nation of its business interests shows that the Ktunaxa inject more than $30 million annually into the regional economy. 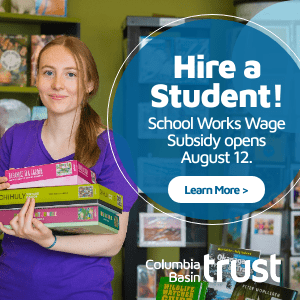