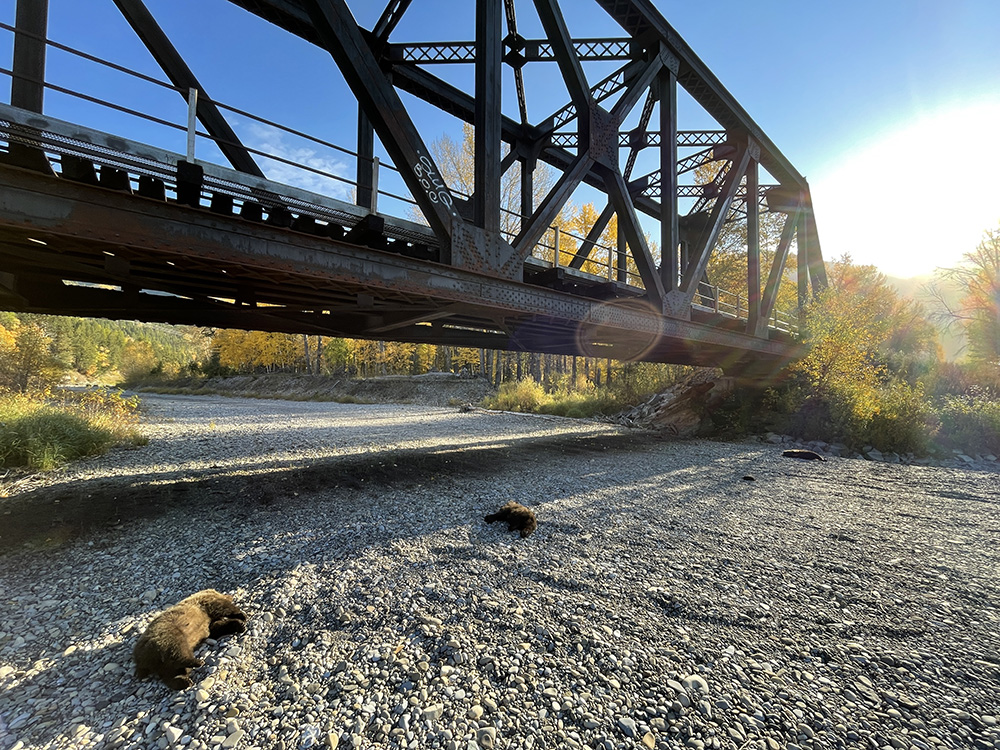 Earlier this month a grizzly bear and her three cubs were killed by a train near Elko, BC. Local Wildlife Scientist, Dr. Clayton Lamb reports that “this bear was part of our project assessing grizzly bear movement and mortality in the Elk Valley. Unfortunately, this is not a rare event, wildlife are often killed on railways and highways throughout the valley. About one third of grizzly bear mortalities here are due to collisions with vehicles and trains”.

Dr. Lamb first captured the adult female in 2019 when she was approximately 11 years old. In 2021 she was seen with three cubs, the only bear in Lamb’s study to produce such a large litter which are more commonly one or two offspring. 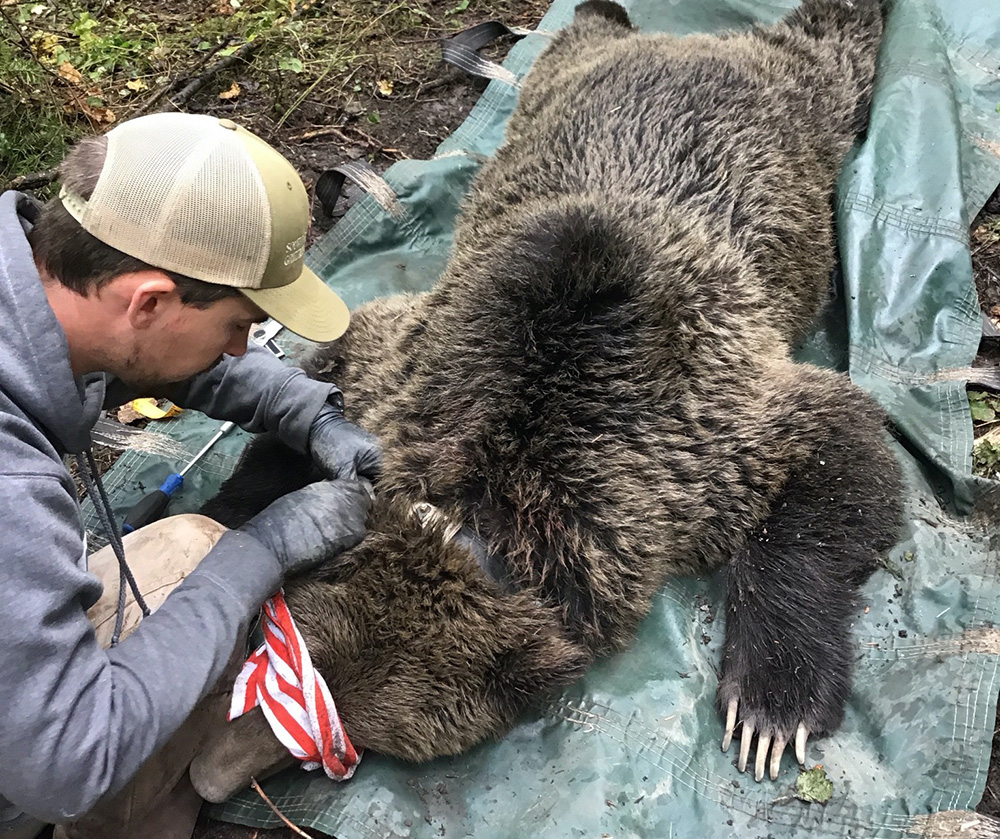 CP rail reported the collision and it is suspected that the bear family was running away from the train and ended up on the train bridge where they likely panicked and were unable to safely escape. Lamb says “the best we can do for this family group now is put our efforts towards reducing wildlife collisions throughout the valley and try to make these lands work a bit better for people and wildlife.” One way that Lamb and colleagues are doing this is working on creating safe passages for wildlife along a 27 km stretch of Highway 3 east of Hosmer. The “Reconnecting the Rockies: BC” project aims to reduce wildlife-vehicle collisions. Lamb adds “there is more we can do, for example early warning systems on train tracks can alert animals to fast-approaching trains and allow animals to flee faster and safer. We should trial this technology in some of the railway collision hotspots in the region. It’s not just about bears either, we need to keep animals like elk, deer, moose, and sheep safer. These animals get hit frequently on the railway.”

Due to the unprecedented heat wave and drought this summer many bear foods did not perform well, leaving bears hungry and spending time closer to people this fall. Lamb has observed serious challenges to human-bear coexistence this fall, largely due to unsecured residential attractants that have left many black and grizzly bears dead. Lamb says “we worked closely with WildSafe BC and the Conservation Officer Service this year to help people remove and replace unused apple trees that were attracting bears. A trial cost-share program helped many residents, especially elderly residents, keep their property safer for themselves and bears.”