The BC Association of Farmers’ Markets (BCAFM) is launching a new online tool connecting locals and tourists in the Kootenay Rockies & Columbia Basin region to markets and farmers offering local, in season foods. The launch is part of the province-wide BC Farmers’ Market Trail initiative, a website and promotional platform supported through partnerships with Destination BC, Columbia Basin Trust, and Kootenay Rockies Tourism. The Kootenay Rockies & Columbia Basin focused website highlights the region’s unique farmers’ markets, foods and farms for locals and visitors to discover when planning their culinary travels through the region. 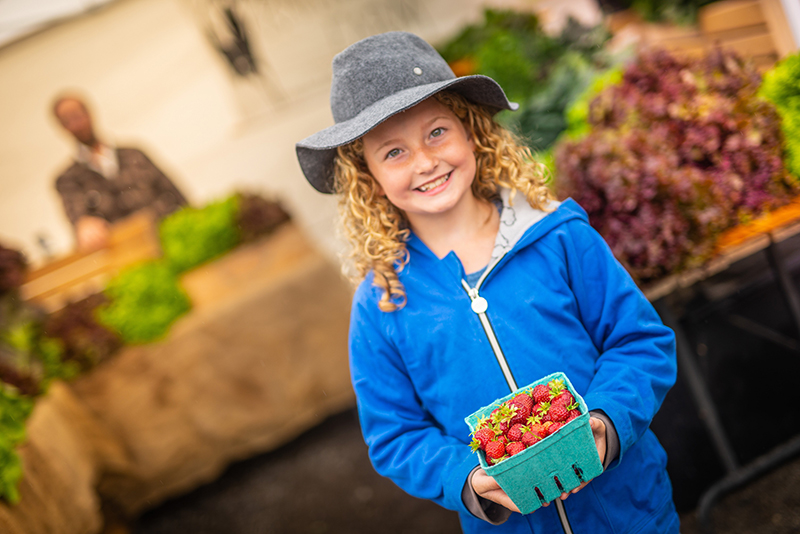 “We are so proud to showcase the amazing farmers’ markets, farmers and food in the Kootenay Rockies & Columbia Basin on the BC Farmers’ Market Trail website,” says BCAFM Executive Director, Heather O’Hara. “There is exciting potential to build on this platform and support even greater marketing collaboration between farmers’ markets and vendors from the region in the years to come.”

While more than 145 farmers’ markets across BC are currently showcased on the new informative website (23 being in the Kootenay Rockies & Columbia Basin), added investment by regions ensures richer photography, and additional content like unique characteristics of each farmers’ market in the region, what’s currently in season, and features on specific farmers’ markets highlighting what they have to offer.

“Our region is showcased for many reasons, but I believe this is the first time that our farmers’ markets are being placed front and centre,” said Johnny Strilaeff, Columbia Basin Trust president and CEO. “This website will bring attention to our region and its agricultural products, support access to healthy food and enable agricultural producers to expand their markets and grow their businesses.”

Farmers’ markets are the leading distribution channel for farmers’ in the Kootenay Rockies & Columbia Basin region. Farmers in the region say the most significant challenge to come in the next three to five years is distribution, transportation and storage, and say the greatest opportunity is increasing sales and demand at farmers’ markets specifically.

With more than $150 million contributed to the provincial economy each year from farmers’ markets, tapping into BC’s growing tourism economy is hugely important.

“A huge portion of farmers’ markets rely on tourism dollars, but sometimes visitors don’t know where to go,” says Forest McCormack, owner of McCormack Farms, a ‘century farm’ located in West Kootenay region. “With the trail, people now have the ability to plan their vacation around what markets are in the area.”

Key drivers for the launch of the website highlighting the unique food and farm offerings of various British Columbia regions, is for the public to gain insight into where food comes from and how it is produced while appreciating local environmental and regional influences. Additionally, with the growing trend surrounding farm-to-table and in-season products, shopping at farmers’ markets is increasingly becoming an important part of weekly grocery shopping routines.

“Buying local not only tastes good, but it feels good – you can put a face to your food,” says McCormack. “I run an open-door policy at our farm, so people can come see where their food is produced, there are no closed doors.”

Although some may mourn the end of summer, autumn brings harvest season, meaning plenty of fresh, hearty produce to go around, with many farmers’ markets open well into the fall if not year-round. For the Kootenay Rockies & Columbia Basin region, a great variety of foods continue to be in season for September, including blackberries, apples, corn and much more.

The BCAFM anticipates that farmers’ markets in all regions of the province will be highlighted over the next two years, in line with ongoing marketing campaigns and support from regional tourism marketing organizations and Destination BC.

About BC Association Farmers’ Markets
The BC Association of Farmers’ Markets is a non-profit organization committed to developing and strengthening the capacity of farmers’ markets in all regions of British Columbia. The BCAFM educates, engages and inspires people to create a vibrant farming sector in BC, one that nourishes and supports BC’s natural environment and communities. To learn more about the BCAFM and membership, people may visit www.bcfarmersmarket.org. To explore 145 BC farmers’ markets across the province go to bcfarmersmarkettrail.com.