Snowmobilers riding the Corbin area were surprised to encounter heavy equipment plowing snow off the groomed winter trail as they traveled back to their vehicles last Thursday afternoon. The 15km long backcountry recreation facility, located on public crown land, is managed and maintained by the Fernie Snowmobile Association (FSA) during the winter months on behalf of Recreation Sites and Trails BC. 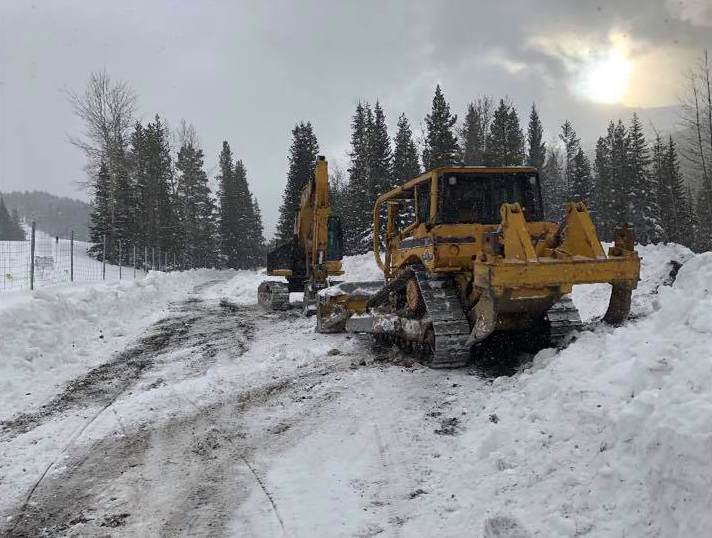 “No consultation with local stakeholders or notices of the work being done were provided to the Fernie Snowmobile Association” explains FSA President Dave Hozjan. “It came down to asking the equipment operators on site who they worked for before we could reach out to inquire as to the nature of these activities and disruption of the public trail”.

Canfor has since advised they are completing road building in the area in advance of timber harvesting scheduled this spring. For the FSA, this means an unexpected loss of the area for the remainder of the season. “The public parking lot, kiosk and snowcat groomer storage facility are now essentially landlocked by a 4km section of plowed road” explains Hozjan. “It is illegal to for people to snowmobile down a plowed forest service road. The tracked groomer, which creates the maintained trail surface, certainly cannot drive that distance down the dirt road to reach the remaining section of groomed trail without causing damage to our equipment. There is just no room let alone the environmental approval in place for us to create a new bypass trail, a new parking lot or the pullouts required for the safe passage of recreational trail users on short notice”. 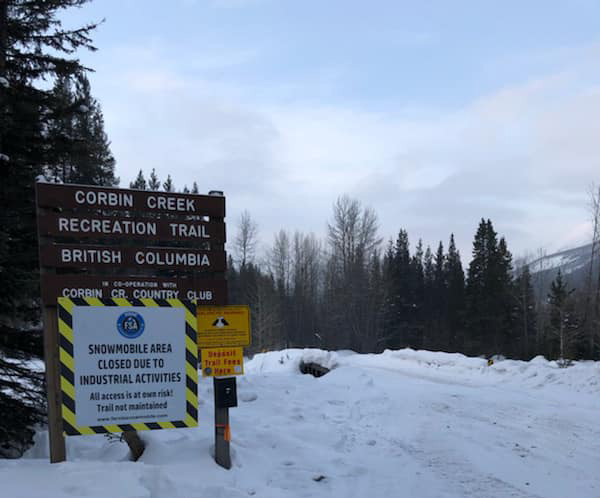 The Executive Director, Donegal Wilson, of the BC Snowmobile Federation (BCSF) said “it is disheartening to hear that a legally established trail managed under Partnership Agreement with the Province of BC has again been plowed out with zero communication. The volunteers that operate snowmobile clubs work hard to attract winter recreation tourism to their community for the benefit of the businesses where they operate. Though the club is a not-for-profit organization that does not mean that setbacks like this do not have a financial impact. Like any business, the club develops budgets, staff plans and makes equipment investments based on projected income. In this case, the loss of revenue has resulted in staff layoffs and added additional expense to the club to create communication plans, redirect traffic and ensure other trails are prepared to handle any increased traffic. It takes years for a club to establish a legal trail and it is supposed to provide certainty that a trail will be considered in industrial planning. The continued disregard for our trails is damaging BC’s reputation of having world class snowmobiling.” 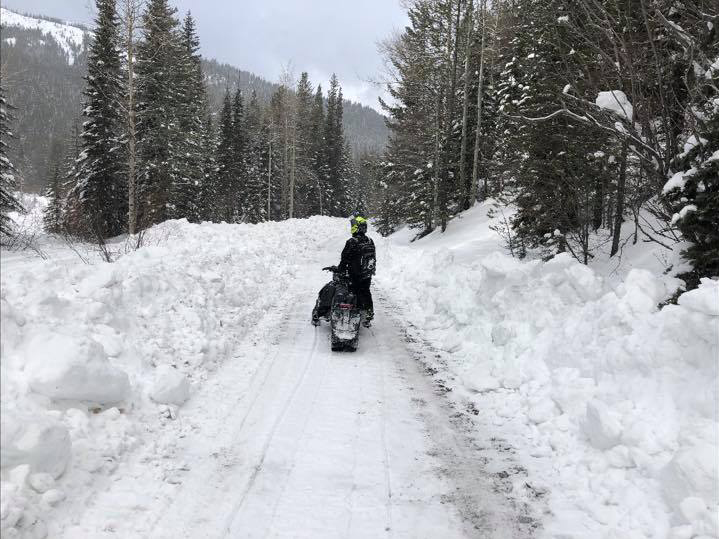 The not-for-profit Fernie Snowmobile Association manages over 160km of groomed trails, five staging area facilities, and three backcountry warming shelters in the region. Fernie has seen exponential growth and success in the snowmobile sector over the past three years with riders contributing well over one million dollars annually to the local economy. The remainder of the FSA’s managed trail network in other parts of the valley will remain open, including Fernie’s most popular groomed area, Coal Creek, which opened on Feb 16th after logging activities by private land owner Canwell were completed for the season.