The Fording River seems to run through paradise in the wild Canadian Rocky Mountains, but Environment Canada experts say it is so heavily polluted that fish are hatching with terrible deformities and dying by the thousands.

Teck Coal Ltd. has long acknowledged their responsibility concerning a pollution problem in the Elk Valley, with the company spending $600-million over the next five years in an unprecedented effort to improve water quality.

But two Environment Canada reports prepared as part of an ongoing investigation make it clear the problem is far worse than has been hitherto publicly acknowledged, with selenium poisoning causing westslope cutthroat trout to have misshaped heads, bent spines, deformed gill plates and missing fins.

The reports, which were obtained by The Globe and Mail last week, were prepared by Environment Canada experts for the Public Prosecution Service of Canada, an agency that deals with regulatory and environmental crimes.

Todd Gerhart, a Crown prosecutor, declined comment, saying he could neither confirm nor deny that Teck is under investigation.

The documents, however, suggest Teck’s operations near the small mining town of Sparwood, in southeastern B.C., have been under scrutiny for years.

“In June and July 2012, under the authority of a General Warrant, Environment Canada enforcement staff assisted by authorized experts collected a limited number of samples from the TECK Fording River Operations and Greenhills Operations coal mines,” Peter Krahn, a senior enforcement engineer with Environment Canada, writes in an expert witness report.

Environment Canada was unable to find a spokesperson to discuss either Mr. Krahn’s report or an accompanying document by Dennis Lemly, a U.S. authority on selenium pollution.

In an e-mail, Mr. Lemly confirmed the authenticity of the documents, which are dated Sept. 25, but he declined comment.

Mr. Krahn’s report states that dissolved selenium levels in some tributary streams were up to 300 times above B.C.’s guidelines for the protection of aquatic life, and some samples found selenium “in excess of that which caused 100 per cent mortality in eggs and emergent fry.”

He also writes that calcium, magnesium and potassium are effectively paving the river bottom in some areas, destroying spawning beds by “forming a concrete matrix which … can only be broken with the force of hammer blows.”

Dr. Lemly’s report states there is increasing evidence of fish mortality and “deformities, particularly the teratogenic skeletal and craniofacial deformities that are biomarkers of selenium poisoning.”

Fish are hatching, he states, with skull and jaw deformities so severe they can’t feed.

Dr. Lemly estimated about 180,000 trout die each year in the river because of selenium poisoning, which he warned has reached levels that “have the potential to completely eradicate fish populations” in the upper Fording.

Doug Brown, manager of public affairs for Teck, said he couldn’t discuss the reports in any detail because “it is still an ongoing matter” with Environment Canada. But he said the company will “review those reports and will respond as necessary.”

Mr. Brown said Teck has already acknowledged the environmental problem and has launched a valley-wide water-treatment program on a scale that hasn’t been tried before in Canada.

“We absolutely recognize water quality in the Elk Valley is a serious challenge and it requires serious and significant action to address and that’s why we’ve been implementing extensive measures to date,” he said.

Mr. Brown said the company is working with all levels of government, First Nations, local communities and a science team in an effort to “stabilize and reverse the selenium trend” in the Elk Valley.

“We absolutely accept the severity of this challenge. It’s something we’ve invested significant time, energy and funds towards addressing,” he said.

Asked what he’d say to anglers who are worried because they are increasingly finding deformed fish in their catches, Mr. Brown replied: “Our employees live and work in the Elk Valley. No one cares more about ensuring that that watershed is protected than they do.”

By: Mark Hume
Source The Globe and Mail

Provincial Alert System Does Not Include Local Emergencies

The Fernie Trails Alliance is Hiring 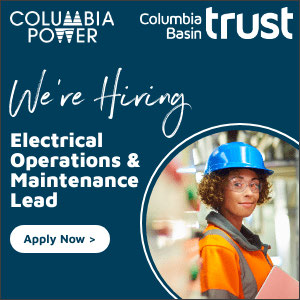 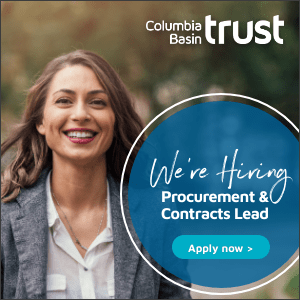 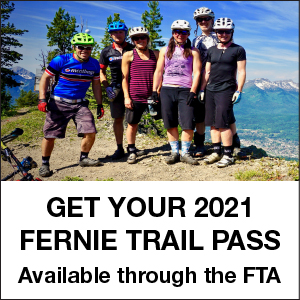 Provincial Alert System Does Not Include Local Emergencies