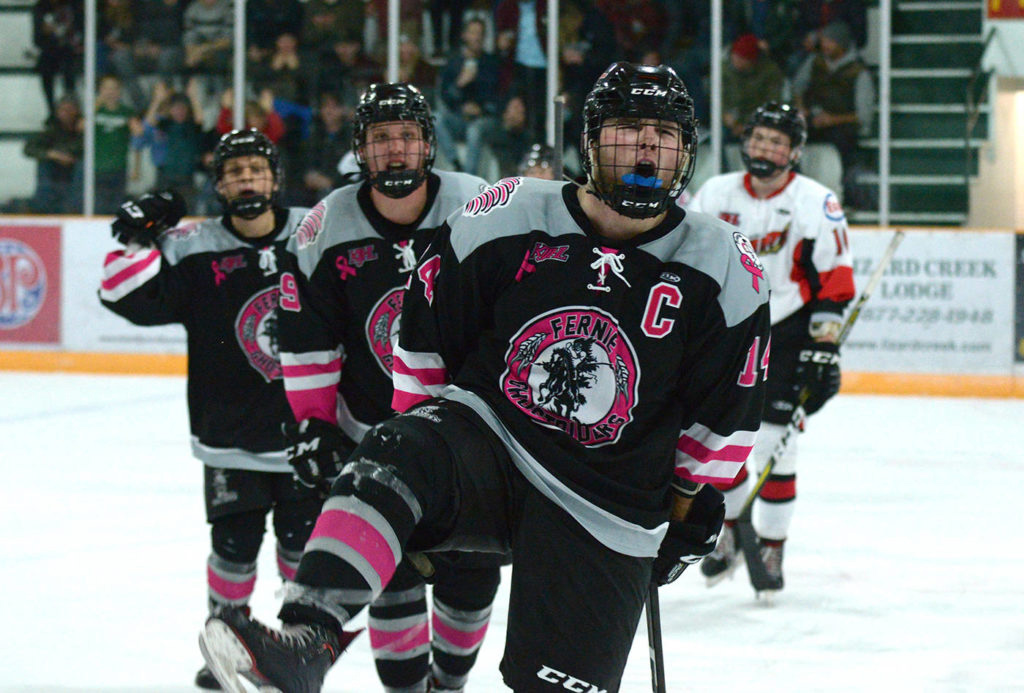 Fernie’s Ghostriders won both games this past weekend with a 4-1 in Creston and 4-3 at home to the Nitehawks and are inching their way to the top!

Ethan MacDuff scored the game winning goal in both games. So far he has 9 goals, four of them game winners three on the power play.

It took about six weeks to really get going but now Dayton Nelson is on fire and on a 6 game goal scoring streak and had a hi light reel goal in Creston Friday and started the Teddy Bear Toss Saturday. Nelson has 11 goals and 17 points and has gradually caught up with Rider top scorer Kort Kisinger.

Fernie scored three power play goals Saturday and big Cole Fisher got one of them. Like the Nelson kid it took Fisher a few weeks to find his way in the league but now he looks like a dependable seasoned KIJHL defense man.

Matt Schulmeister scored his first of the season Saturday, he almost had two but missed on his penalty shot.

Fernie home games are the best show in town, see their schedule here.

From George Hurlbut, KIJHL opinions are his own and not approved by anyone