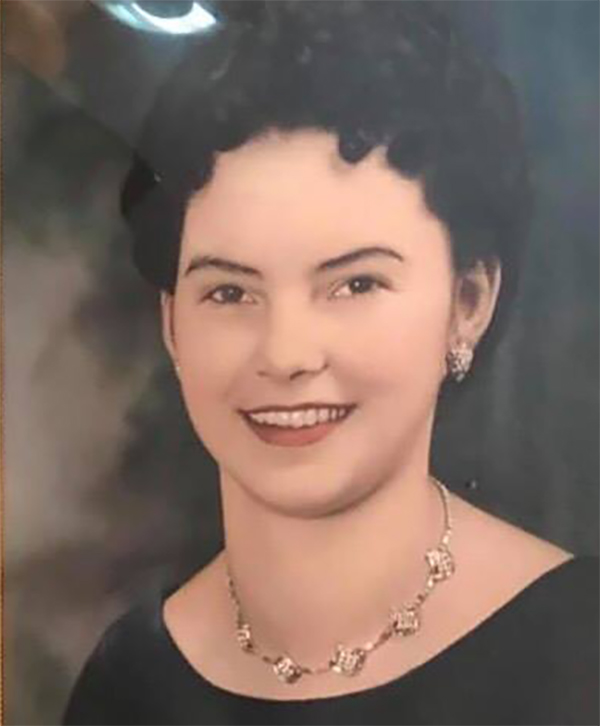 Fernie resident Marjorie McLennan talks candidly about the time she disobeyed her parents and ended up in a car accident. That was 1957 and it was a decision that led to a compound fracture in her leg requiring a 9-inch plate, six screws and a cast past the waist for several months. She explains, “there was a dance in Jaffray, I wanted to go so I asked dad, he said ask mom, mom said ask dad, so I just went. Fernie had a curfew for 9 pm in town and I didn’t want to go home. Coming back (from the dance) band members Mike Camilli and Mike Slavens were driving behind us, saw a headlight in the ditch and got help. At the hospital Helen Bachlet the attending nurse said to me what are you doing here? Dr. McRitchie did the surgery, I needed a second surgery but Mrs. Hogan the hospital matron died so it had to be postponed.” Marjorie has a clear memory of being in the cast, it was difficult to move so her father turned the porch of their house (now the Curry Bowl restaurant) into a bedroom on the main floor for her. She recovered from that accident but has also experienced a broken arm skating and another falling downstairs. Not only that but when she worked for Sarich’s grocery (now Stick and Stone Cannabis) after her shift as she walked home a car swerved and ran over her leg.

Marjorie was born and raised in Fernie, walked the many blocks to the Catholic school where Nuns taught music in the Convent next door which was also their home. She said Sister Mary Brendan played softball wearing her habit and attended school dances and concerts. Sister Euphemia taught her to play piano in the Nun’s home which was very plain except that on the second floor there was a connecting walkway to the school made of iron with black metal railing. 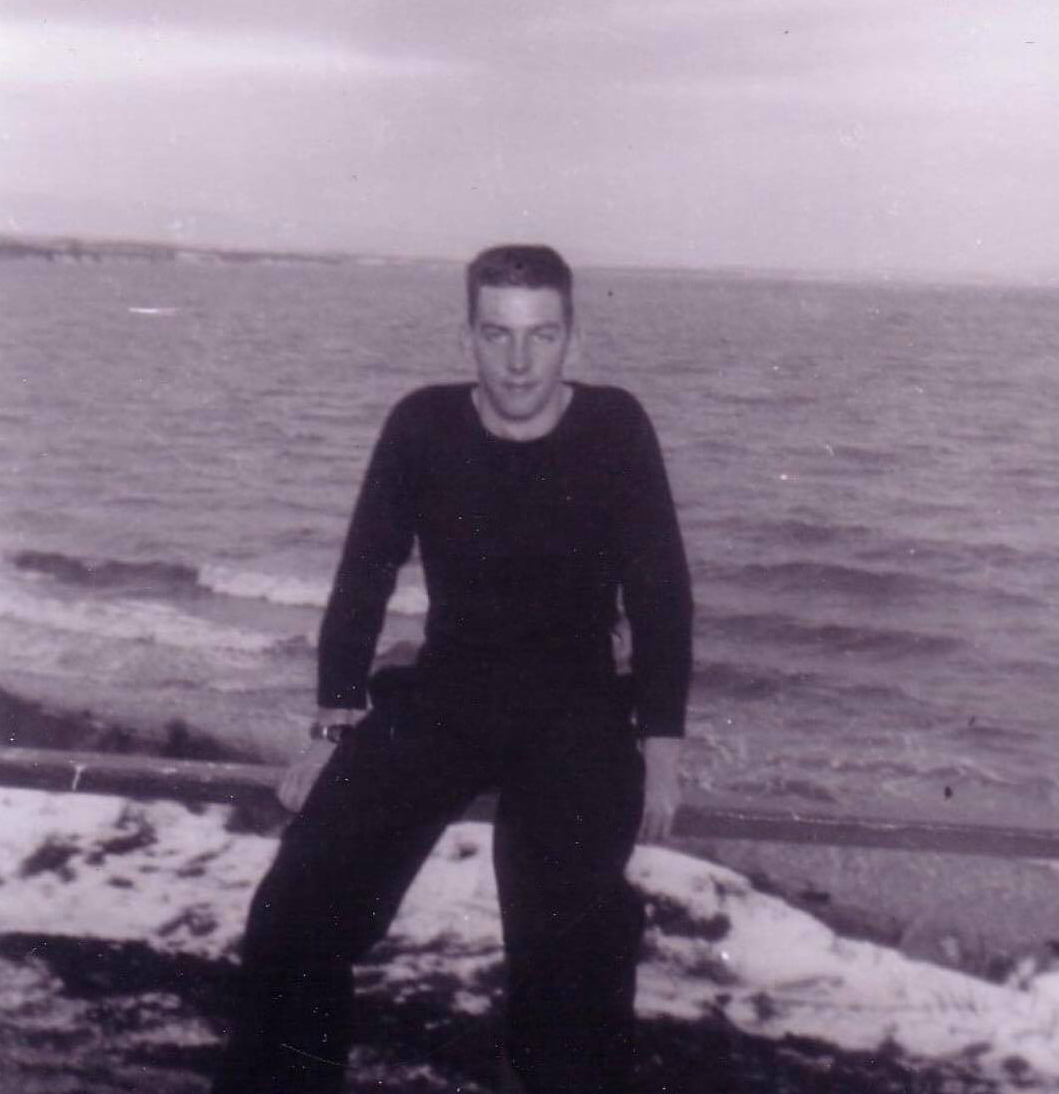 Marjorie’s husband Malcolm McLennan, born and raised in Fernie lived across the road from the Catholic school. He is the youngest of four children born to William James Grant McLennan and Dorothy Clarice Simmons of Wales. William, born in Coal Creek in 1903 was an electrical engineer who worked in the mines, moved to Vancouver and during the war worked in the shipyards in Victoria. In 1949 he returned home and became employed with the city.

Malcolm recalls attending Fernie Central School (now 901) with classes having 30/35 students. He comments on tall, thin Mr. Simcoe, who would wave a long forefinger at students and who drove a Skoda car. Malcolm said that one night he and three other students lifted the car and placed it on blocks as a joke. He reminisced about Mr. Stuart and Mr. Condon and other teachers. Despite the one joke played there was still a lot of respect for teachers back then he says. As teens he and friends would host house parties once a month, they would bring cookies, juice, pop and pull up the rug in the living room and have a dance, it was a fun and simple human interaction, he states. At age 17 he quit school, joined the Navy staying for five years becoming an engineering mechanic. He returned to Fernie, “it was a quiet mining town everyone knew everyone” and worked as arena manager for several years. Marjorie was also at the arena working the concession, so Malcolm asked her for a date. “I knew her when she was a cheeky little kid’, he says with a twinkle. Marjorie responds, “our first date was October 18,1960”. Both revealed that at Christmas time while parked at St. Margaret’s Cemetery Malcolm asked Marjorie to marry him. This was followed by their wedding in June 1961. Marjorie’s parents offered cash either for furniture or a big wedding, they chose furniture. A small ceremony was held at the Court House with Jim Riley officiating, Malcolm’s sister Stella and her husband Joe Gorrie standing as witnesses and Ernie Budberg taking photos. Afterwards they went to Mary and Sophie’s Café for a steak dinner gifted to them by their parents and cut the wedding cake beautifully decorated by Marjorie’s mom. Their daughter Kim says “I often wondered why my mom wore a red corsage with a blue dress. I found out that it was graduation at the same time, and they used her wedding flowers by accident for that. This was all that they had left.”

The new couple took up residence in the Napanee Apartment situated on the corner where the Source is now. It cost $35 a month, daughter Kim was born in 1962 and son Lance in 1964.

Marjorie and Malcolm have a fantastic memory for dates and places and they seamlessly recall Agnes Corrigan’s café and soda shop next to the Vogue theater situated where the entrance of the theatre is now. The café moved to the Italian Hall on the corner of 7th avenue and 9th street and in the upstairs apartment “lived Mrs. Mozella and son.” The café was later operated by Sophie Lasalle and Mary Graham who after a time moved to the King Edward Hotel on Victoria (Second) Avenue, Joe McKook owned what became Patterson’s second hand store just down the street from the public school. Marjorie said that she was delivered by midwife in the house on the corner of 8th avenue before the family moved to the house on seventh.

Marjorie’s dad, Steve Pisoni known as “Skinny” born and raised in Fernie worked first at Coal Creek and then as public works foreman at the City under superintendent Jeff Hunt. On retirement he was presented with a used City fire hydrant that is still in the family. His wife Margaret Grilus was born in Natal, the couple had a son Laddie before Marjorie was born. Laddie worked as a driver for Fernie Cartage (now Urban Settler) for several years before making Vancouver home. 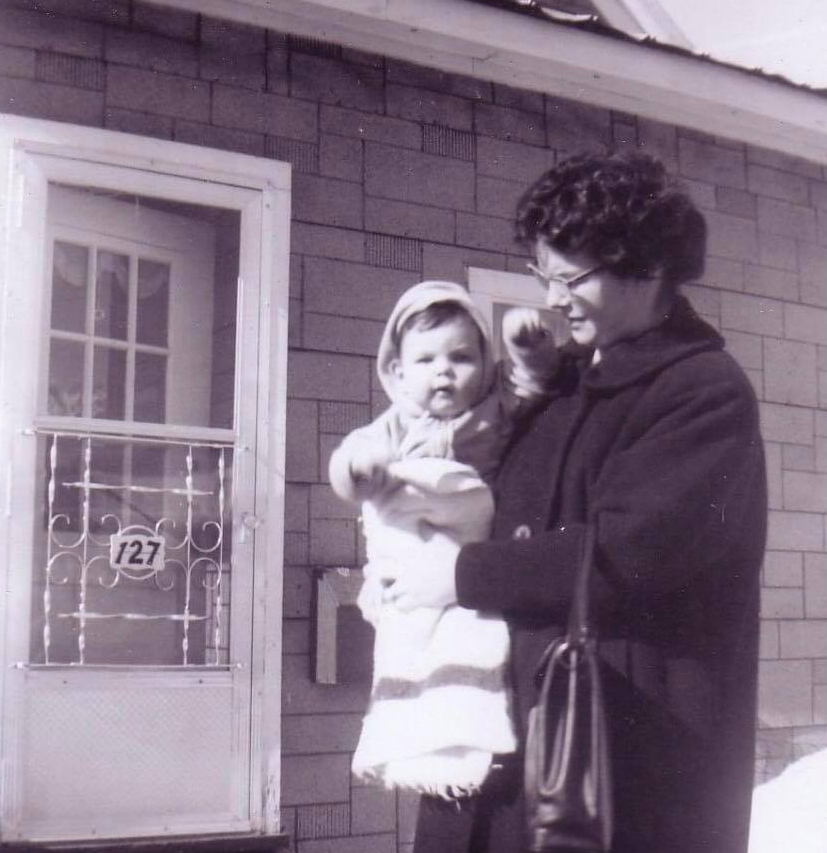 Not one to sit idle Marjorie held a variety of jobs, 10 years as a substitute teacher for Gladys Craig’s class. as telephone operator under manager Mrs. Wilson. “Lots to read before I got to sit on the board and it sounded confusing but once on it made sense. It was long rings for long distance, long and short rings for residents, the police number was 147, there were always guys outside in phone booth who wanted to talk”. She worked at the Dairy Dell, the Liquor store, at Eaton’s with Dolly Pidgeon, Lowe’s Insurance with Alta Lowe, at the Motor Inn front desk, delivered telegraphs from the CPR station for Mr. Talarico and was bus hostess for Nancy Dicken at Henne Travel, travelling to Spokane for the Ice Capades, the New Year’s Eve Ball, and 67 trips to Reno, Nevada, trips to Las Vegas, across Canada and US. In 1959 sponsored by Rotary, lovely dark-haired Marjorie was voted Fernie Queen having her photo on the front page of the free press. The other contestants were Harriet Buck and Delma Cividin. 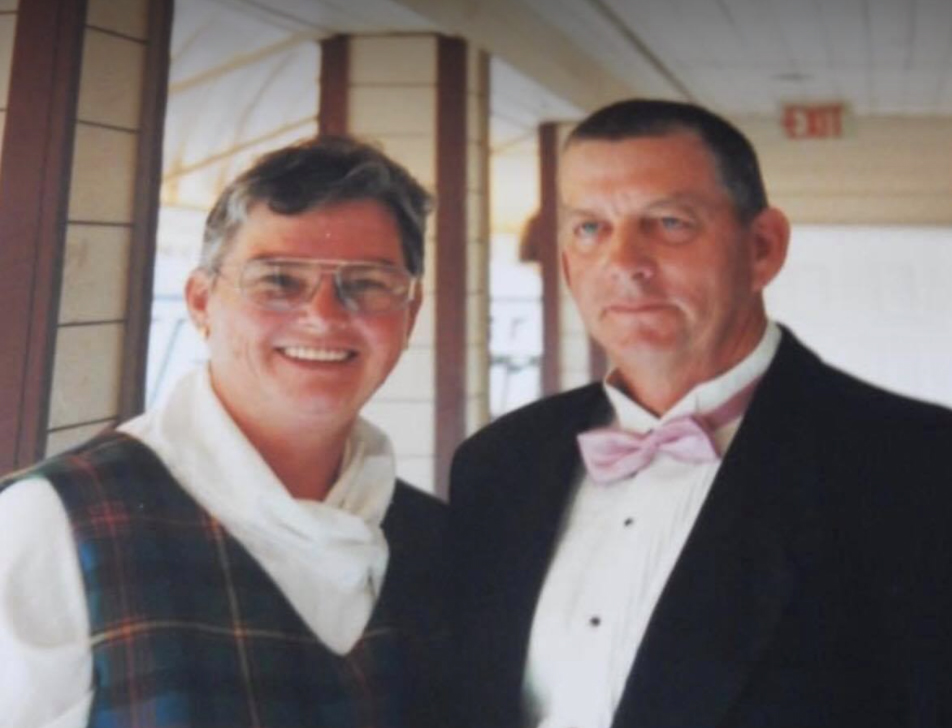 Marjorie produces beautiful works in cross stitching, she say her friend the late Doreen Milburn got her into the craft. She also enjoyed wood carving on 2 x 4 wood pieces making elephants, bears, giraffes, and work boots with leather laces.

Asked about interests Malcolm said he was auxiliary police for 14 years and a member of the Fernie revolver club, practicing at the indoor pistol range in the basement of the Masonic Hall, also at the rifle range at Coal Creek. Matches were held annually with competitors coming from the USA and other provinces. “We made our own reloading and bullets, I had a pistol collection of handguns and target guns, military knives, bayonets and swords, over 500, had to get rid of them when we moved from our house, but I kept four, we lived in the Quattrin apartments 10 years and have been at Trinity Lodge for the past 14 years. We moved from our house for medical reasons.” Malcolm worked underground at the Balmer North mine as main electrician of the crew that checked cables, and performed all electrical work required. In 1967 he was sitting in the rope shack deciding whether to go in for overtime when Boss Frank Fairclough came in and said better give up the mine it just blew up, people died, had he gone in he would have met the same fate. He helped going in 1500 feet deep to bring up the last two remaining bodies. “Four years underground, the nerves got the best of me, so I quit the mine and went 2 years in sawmill”. Malcolm decided to attend the British Columbia Institute of Technology to earn a millwright certificate worked two years for the local Cablevision then went to the mine working at the Rebuild Center for 12 years. He was diagnosed with a large spinal cord tumor malformation, and for 3 months doctors weren’t sure how to treat him. Dr. Max Findlay the top neurosurgeon in country told him that surgery could “paralyze or kill you”. Ultimately the surgery was performed successfully, and Malcolm is considered a walking miracle. Unfortunately today he is still battling health problems that hamper his movements however he seldom complains facing every difficulty with courage and acceptance. 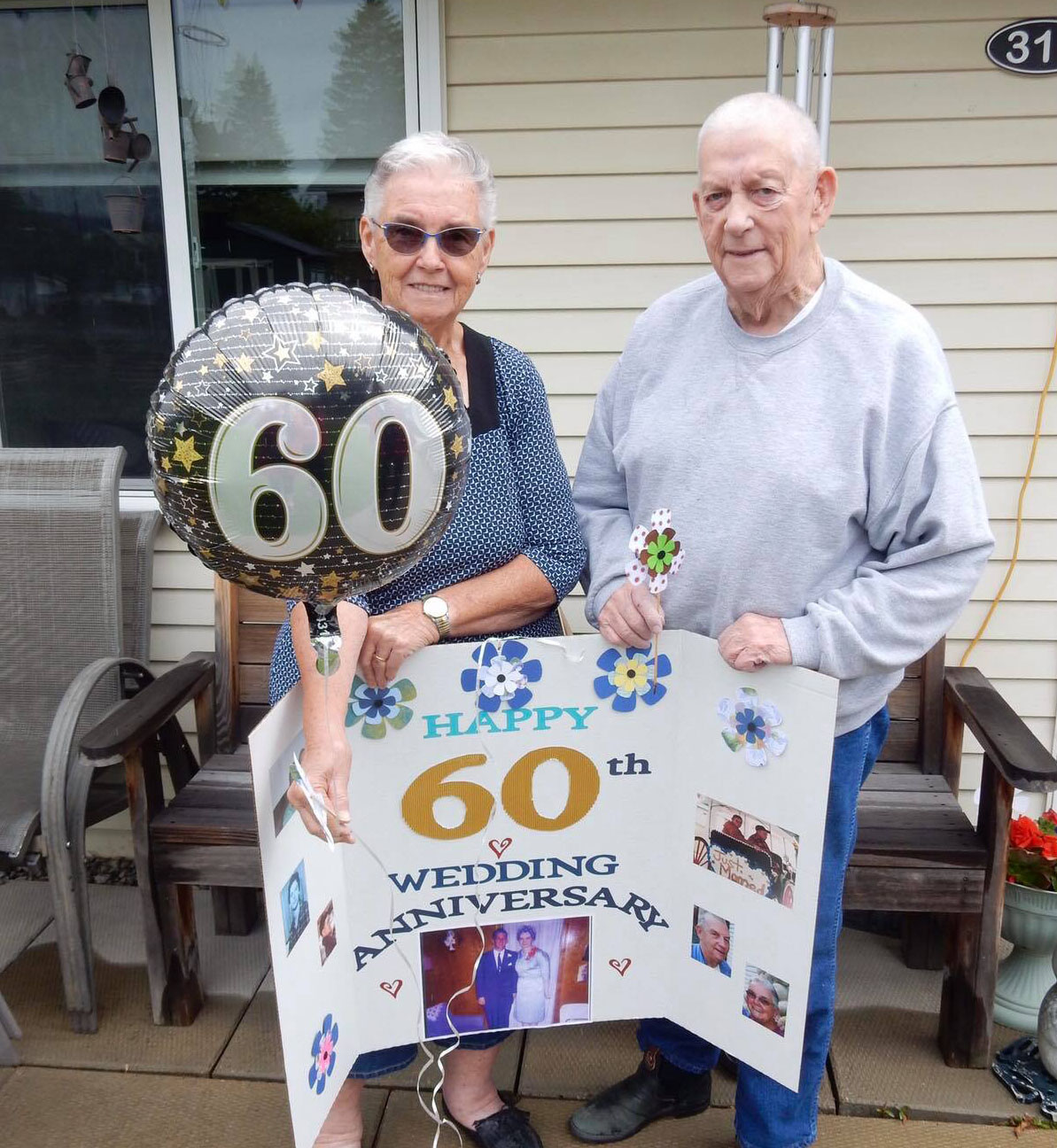 Recently Malcolm and Marjorie celebrated 60 years of marriage. On the day woke up to look out the window to see a profusion of paper flowers in their little garden. Daughter Kim, husband Gord, and granddaughter Mikayela had made them and placed them there, also made a beautiful sign for them. They were feted with a family dinner celebration planned by daughter Kim and son Lance and their families at Lance’s home by the lake in the South Country.

The lives of this couple are so much more than what can be described by words. But from what is written it’s clearly a journey of love, commitment, hard work, adventure, medical struggles and most of all courage to overcome adversity and to still enjoy life and what it offers. Congratulations Malcolm and Marjorie on your 60 wedding anniversary and Best Wishes for many more years together.