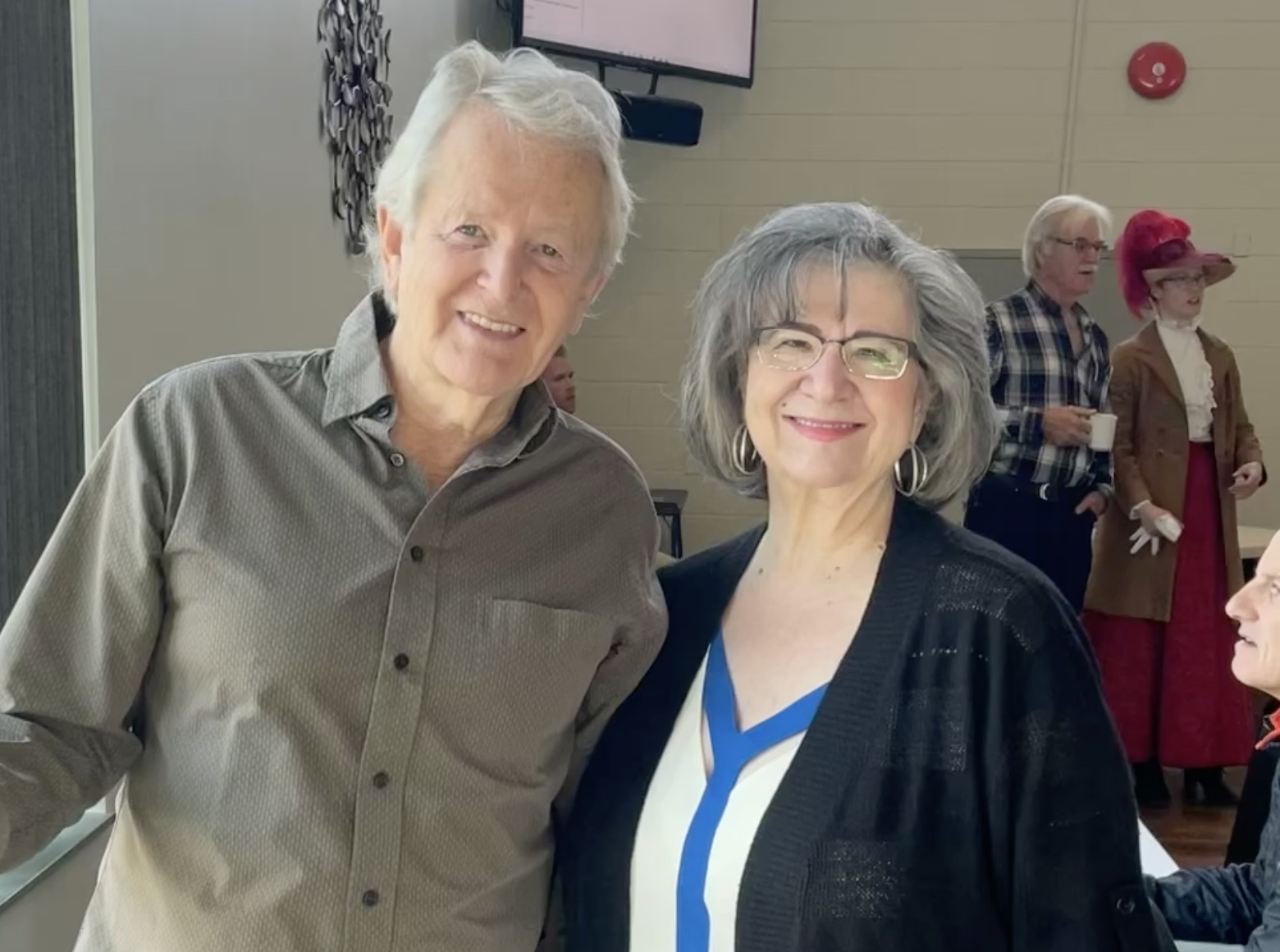 Author Wayne Norton has wrote several books on the history of Fernie, the Elk Valley and the Crowsnest Pass. One titled “Fernie at War” is a thought-provoking history of the war years, the politics, prohibition, labour, allegiance, and ethical changes of Fernie. It also addressed the bankruptcy of the town in the early thirties and how the provincial government managed the city until the forties when eventually the townspeople were allowed an election and a council was formed to govern the city.

Earlier this month a book launch was held by the Historical Society for Norton’s latest publication “Beneath the Coal Dust”. Norton who makes his home in Victoria BC was in attendance along with John Kinnear, a well-known local historian who now resides in the Crowsnest Pass. 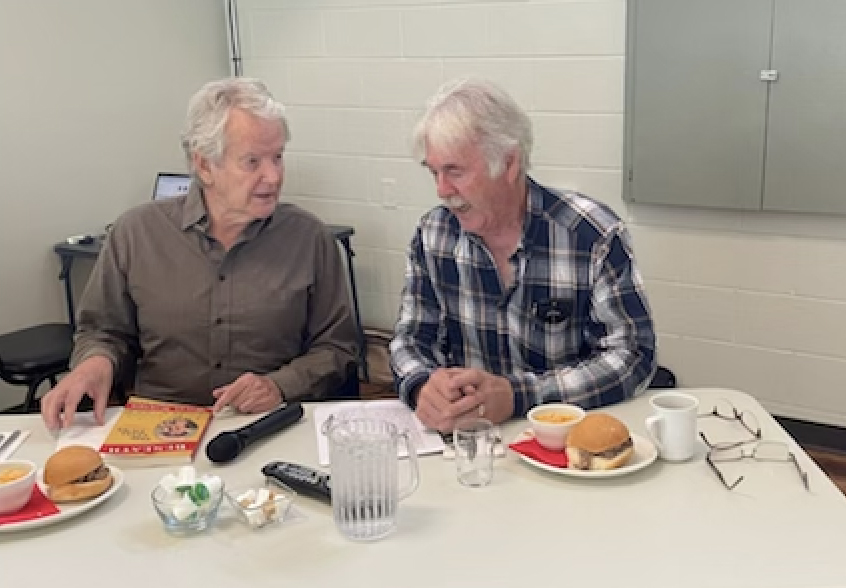 Kinnear introduced Norton, who spoke about the first time he became acquainted with the small city of Fernie. He was a reluctant visitor in 1966; he was 18 years old and strongly opposed to making the trip to Fernie with his family from Ontario to visit his grandfather.

On arrival he found Fernie to be a bustling town filled with people who often stood about on the street deep in conversation.

In 1971 Norton married and after twenty years away, in the nineties he made a return trip to discover his grandfather’s house had been relocated. He also observed a noticeable shift in the town, especially on Victoria Avenue. Something had been lost and no one was on the streets talking anymore.

It would be another five years before he came back and looked up Ella Verkerk, a local historian who happened to have been his babysitter when he was an infant. He visited her at the museum building that was the stone structure behind the Catholic Church owned by the Diocese of Nelson. The building had a history of housing priests, serving as a nunnery when the Catholic school was open and afterward had been rented out to residents before the Historical Society had leased it as a museum. The two floors of the building were loaded with memorabilia, Norton said he soon found the displays of historical artifacts addictive.
Ella Verkerk suggested that he contact John Kinnear and the two men soon found their love of history bound them in what is now a lifelong friendship.

Norton spoke about the Coal Creek Football team, and the Fernie football team of 1904-05. Accompanied by a slide show of historical photos he spoke about the Home Bank and how his grandfather and many others had lost all their money although his grandfather did manage to eventually recover half of it back. The City of Fernie lost everything, becoming bankrupt for fifteen years, the Home Bank failure was the last significant bank collapse in Canada. At that time the Miner’s Opera House’s (Vogue Theater owned by the Miners Union), attempt to provide inclusion of everyone, was abandoned in 1930 by the Miners Union with the City taking over ownership. Another mention was that it was 1901 when the first label of beer was made in Fernie.

Norton’s presentation included interesting information about the Red Light District in Fernie that was shut down several times until 1904 when a street was designated “prostitute street” in the charter. By 1917 the Red-Light district was moved as the Methodist church was opposed to gambling, drinking and prostitution.

Fernie had the Fernie Swastikas in 1922, Mayor Henderson’s daughter was in the group and soon the name was changed to the Fernie Red Wings. Norton stated that at that time BC had a remarkable number of Syrian merchants, 100 in total with most living in Fernie and the rest living in Vancouver. Norton made a brief mention of the way the Chinese people were treated as they had a significant footprint in BC but there is no substantial written history of those living in this community.

Norton said he has come to the end of a journey; he has made lifelong friends including Cory Dvorak, whose family is written about in this book. He praised Dvorak for his deep interest in history and for the assistance he has provided Norton with research for his publications.

Asked about his family Dvorak replied, “The Hunter’s are on the LaLonde side, My Grandma Adele Dvorak’s Grandparents. Grandpa William Hunter was one of the last mine union guys in town and took over the buildings when the union let them go to taxes and he’s mentioned in Wayne’s book (tattered dreams I think?) Grandma Grace’s mom Agnes (Everyone called her Muddy because the grandkids couldn’t pronounce Grandmother) always used to say the Hunter’s, Janet and William, never made any money because my Grandma Hunter always gave everything away if someone needed it and couldn’t pay.” The late Grace Dvorak is well known for her beautiful prose about Fernie and Coal Creek.

Norton also thanked John Kinnear for all his assistance over the many years with research and information for his books.

Norton commented on his Fernie experiences, “I’m a visitor, I was made welcome and pleased to say I feel comfortable, following in other peoples’ footsteps and finding evidence and gathering. We judge those before us, but be careful at rushing to judgement, it means nothing if you don’t understand what led to this. Unfortunately, Fernie’s history isn’t here, it’s at the Glenbow in Alberta and in the Royal Museum, for sources of archival material I’ve had to travel as well as research the newspapers, the Free Press, and the Ledger, we can’t be selective, have to be careful at face value”. 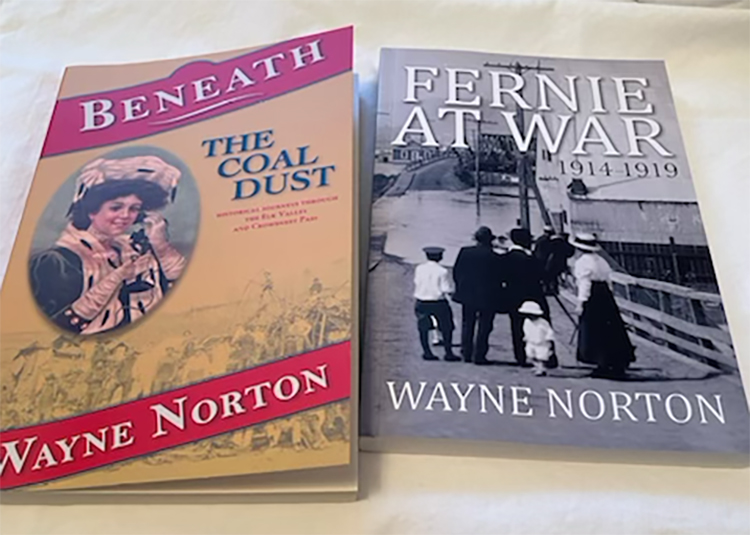 It would be wonderful to have the Fernie schools teach about the history of this town and have all these books written about Fernie in the school libraries. I believe students would find it interesting to learn about how Fernie came to be and the reasons it’s still such a vibrant small community.

Congratulations to Wayne Norton on another interesting book.