It’s December and for me this time of the year always elicits memories of childhood customs and traditions that impressed deeply. Memories of midnight mass, huge bonfires, the Christmas Eve meal of “baccala”, dried salted codfish cooked in several ways, and all types of vegetables, sweets, nuts and fruits. In preparation of the bonfire we would scour the countryside for twigs and pieces of wood used to start the fire.

And there are other memories, like the first time I heard voices emitting from a radio. Pressed against the wall of an open window listening to the neighbour’s radio I stood mesmerized by the magical sound coming from it, wondering how it was possible for people to be in that small space.

There was the time I was in a bus accident and my arm went through the window, when a visiting child grabbed the red hot poker from the fireplace and jammed it into the back of my leg and when I had to stand silently while the doctor’s wife spooned a horrible concoction of soaked bread in milk and oil into my mouth as a way to entice her daughter to eat. And there were the visits to friend’s homes to view the dead as was the custom.

In Italy our house was bereft of amenities, mom walked to the communal water fountain where she would fill a large cistern to carry back. Laundry was done in the creek, heat was from a fireplace that also served as the cooking area for making meals. The house, which was mom’s dowry when she married dad, consisted of two rooms lit by a single bulb hanging from the ceiling. It also had an area where sausages could be seen hanging along with cured hams and a suspended shelf covered with loaves of bread. Every now and then a chicken would get into the house and at night I’d hear it squawking trying to get out. What I loved most though was the fish market, where shelves and containers of shiny fish would sparkle in the sunlight, black eels moved around in metal pails and snails tried to crawl out of the basins holding them.
We were about four kilometers from the nearest town where many of my dad’s siblings lived. Dad would put me in the basket attached to the front of his bicycle and with mom behind him he would pedal us there.

We spent most of the time with my mother’s family so I recall happy times when we all slept on the floor of the cabin at harvest time. Chestnuts, walnuts, filberts and us kids filling baskets of acorns that fell to the ground used for feeding the pigs. My grandpa also had a vineyard and that is where we went to pick grapes and make the wine. My uncles mashed the grapes and grandma and mom cooked sausage over the campfire catching the drippings with a slice of thick bread and parcelling it out to us before dinner.

Evening dusk brought the sight of hundreds of fireflies buzzing around like miniature stars, the happy sounds of laughter and singing with grandpa and his sons playing the accordion and mandolin.

In 1951 dad and his maternal uncle and a few others from the town were approved for a government sponsored move to Canada. A baptism party for our baby brother was held the night dad left, I didn’t realize at the time that when he arrived to Canada it would be Christmas Eve. Dad and his uncle were sent to work in Timmins, Ontario to work in the bush falling trees. He and other Italians weren’t prepared for the harsh Ontario winter and Dad would say later that for the first month they froze with their light jackets and shoes, unable to purchase warm winter clothing from the company until they had worked an entire month but there was lots of food in the camp, he would say. Two years later after having moved across the country working a variety of jobs dad heard about Fernie, came, found work in the local sawmill owned by long-time mayor James White, bought a house and sent for his family.

I was enthralled by Fernie, by the grand mountains, pine trees and yellow fields of dandelions similar to the golden flowers back home. It didn’t impress mom as she said later that stepping on the train platform in Fernie she thought “if I had the money I’d turn around and go back”. But if mom was nostalgic for Italy she didn’t show it to her children, although looking back I remember the many parcels I helped put together for her to send home. The letters that came sporadically that she treasured and the songs played daily on the phonograph with records purchased from Barton’s music store, records of Italian artists that sang about missing parents and country. I learned to love those songs not understanding their meaning until I became an adult.

From age nine I accompanied mom shopping and to medical appointments. I served as translator for her and many of the Italian families that had settled here.

Life in Fernie didn’t have the family members that made for a loving family ambiance. There was no one here but us although within five years my dad had sponsored many family members from both sides of the family who arrived to Fernie, stayed a bit and then moved on to Calgary.

Dad worked two jobs to move ahead, he rebuilt our tiny house into a four bedroom one and as the oldest I got to be his assistant. It didn’t matter that I was terrified of heights or of bugs, I was more terrified of disappointing dad and incurring wrath so I stood on the scaffolding and handed him tools, turned the handle on the lathe as he sharpened saws and spent summers sawing and chopping wood with my siblings and winters straightening crooked nails as he recycled a barrel of nails that must have come from Coal Creek. Summers were worked in the field where Isabella Dicken School now sits, as the property was leased for gardening and dad planted a huge garden that we weeded and harvested while our friends went by having fun.

We kept traditions of food and getting together with friends. Christmas Eve in Fernie meant a huge meal, friends dropping by for a drink and midnight mass where my sister and I sang in the choir. Dad gave me the privilege of decorating the tree but there were no gifts. I recall the first Christmas here, returning to school in January the teacher asking the class to list gifts received. Aside from a sock filled with an orange, a few candies and a lump of coal I had no gifts to mention to which the teacher annoyingly declared that she didn’t believe it and that I had better write it down. Terrified of being admonished again I invented an outlandish list of what I would have liked to have received but when the teacher read it I was chastised loudly in front of the class and accused of lying. It was an early lesson in understanding that even truth will be misunderstood and trying to please is no easy task. But most of all it was a lesson on injustice and the catalyst in my lifelong desire to defend those that need defending especially individuals that don’t have the ability or knowledge to do so. 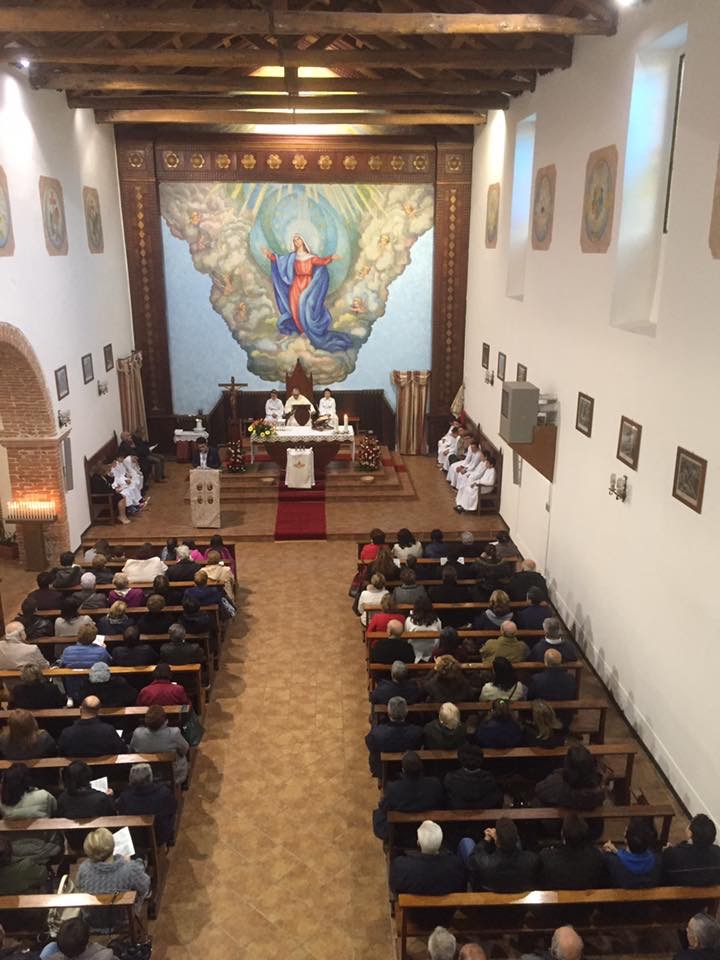 Life is full of challenges, but those seven years in Italy provided me with family closeness filled with love and happy adventures with grandparents, uncles and aunts who doted on me. The continuation of upbringing in Fernie gave years of experienced disappointments, lessons that taught a strong work ethic, a new language, the understanding of differences of ethnicities, and most of all becoming Canadian.

I have never desired to move from Fernie and I am so proud of this place that is home. I have roots to the first country but my heart is here in this most, amazing town that I fell in love with from the first moment I stepped off the train. After decades of life in this town I still believe there is no better place in the world.

Merry Christmas, everyone, Happy Holidays and wishing you a very Happy, Healthy and safe New Year in 2018! 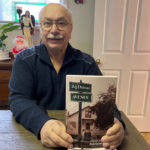