Citizens of Fernie have expressed their concern with the possibility of ending hosting the National Western Region Mine Rescue Competition and the resulting potential loss of the mine tax sharing and increased taxation. Although I am no longer involved in local government, I have not detached from Fernie — a place I’ve called home for 65 years and a place I love passionately.

Mining has left a lasting legacy that continues today by the hosting of mine rescue competitions, the Miners Walk and the citizens employed at neighbouring mines. Area A Director Mike Sosnowski, born and raised in Fernie says, “Without Mining Fernie would not have been established and if mining were gone the town would cease to exist as we know it. It’s comforting to see a Global Company announcing investment of $40 million in the Valley as it shows mining will be around for a long time, at least another 100 years.”

Fernie hosted the first mine rescue competition in 1915 and since then competitions have continuously been a valued component of this town. So much so that 28 years ago the City of Fernie initiated the National Western Region competition that is held every two years. The competitors that attend are the “best of the best” having attained top distinction at other mine rescue events prior to competing here. Teams have come from as far away as Ontario, the Northwest Territories, Yukon, all western provinces and the United States. 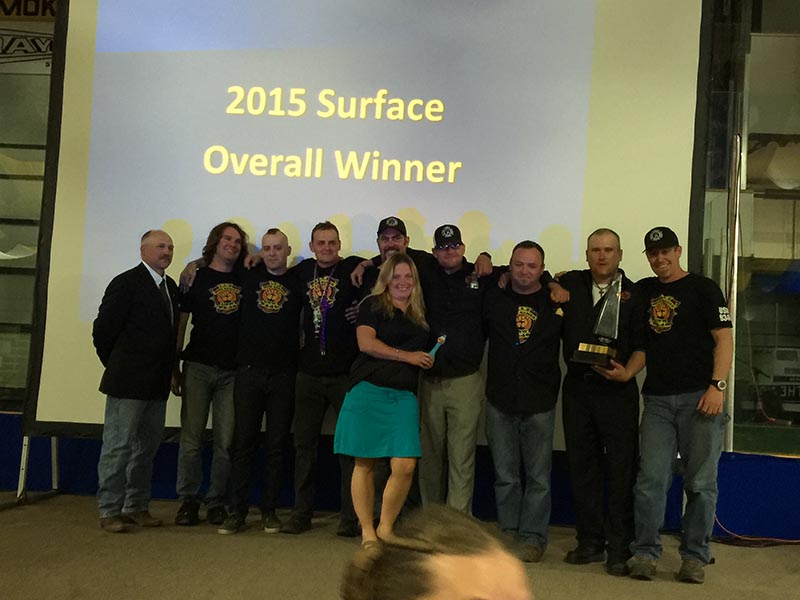 Approximately 800 to 1000 people attend the event and drive substantial revenue to our hotels and restaurants, and shop locally for the week that they are here.

This year the Western Region Mine Rescue Competition underground and surface events will be held on September 6 and 7. This competition is the most prestigious event of its kind in North America and limited to twenty teams it routinely turns groups down for participation.

Ron Ulrich, Executive Director, Fernie Museum | Heritage Fernie , commented, “Recognizing our mining heritage is incredibly important to understanding who we are as a community. As much as tourism has played a part in who we are since 1913, mining has been the backbone of our community and region. It remains so today. It is important to understand that the community we live and work in, that the many houses we call home all are built on the backs of coal miners and their families – from their determination, their resiliency and their fortitude.”

This could be the last National Western Region Mine Rescue Competition held in Fernie as some committee members have the impression that the City has determined that this event is no longer of value. At the first meeting of the committee it was asked why Fernie was hosting this event and a suggestion was made that the committee look for another community to host this event in the future. This would be no problem as for several years it has been made clear by certain members of the committee that they would like this event held in their own province.

This international event was initiated because it was seen as an important part of Fernie’s historical heritage of mining and mine rescue. In City hall on the Wall of Fame hangs a photograph of Albert Littler, a Fernie citizen who won national acclaim for his work in mine rescue. Although Fernie hasn’t had a mine since the 1958 closure of Coal Creek, mine rescue has consistently been essential to this community. There are Teck employees living in Fernie, Fernie Fire Department members compete in mine rescue events and citizens volunteer during competitions. As Fernie initiated this competition it hosts the event with committee meetings held at City Hall regularly by committee made up of two groups, one being the City of Fernie host sub-committee comprising of city staff, council members, mining representative, museum rep and media partner and they are in charge of providing the venues for tasks, organizing award dinner, meals, media attention, providing needed manpower, helping to find grants from various businesses and corporations and the City contributes up to ten thousand dollars to the cost while making sure the budget stays on track. The other sub-committee has ministry personnel, judges, and individuals representing the various regions that plan and execute all tasks, find volunteers and coordinate the underground and surface tasks successfully. For 28 years these two groups have worked together in a very productive and collaborative way that has achieved international praise for this event.

If the competition is cancelled a neighbouring mayor said he will snap it up but also commented that if the last trace of mining is removed from Fernie then perhaps Fernie no longer needs to be included in the tax sharing agreement which is to be soon revisited for re-negotiation. Fernie is not geographically in the tax district of the Teck mines and was included only because other partners agreed to it. If this expressed sentiment were to be taken seriously the loss of nearly $3 million worth of taxes that the City has designated to support facilities and organizations such as the Library, Museum, Arts Station, Chamber of Commerce, Senior Center, Aquatic Center, Arena and others, (the full list is available at City Hall) could lead to a loss that would dramatically affect this town. Mining has kept Fernie real, even a perceived risk of loss of this vital competition that could ripple into even greater loss requires citizens to be engaged and questioning the possible decision. Without mining Fernie will be just another tinsel tourist town. There certainly are other events such as sports, arts and culture, for instance Chautauqua has high interest and attendance due in part to the heritage and history aspect of it. A history that would not be there were it not for coal mining.

The Fernie Official Community Plan (2014) states that heritage “serves to ground a community and to remind us of where we have come from. Community heritage resources give a city a particular sense of time, place, identity and culture.”

Heritage Fernie states, “Our heritage resources are a reminder of our rich and colourful history and are one of our community’s most important assets.”

Elana Zysblat, CAHP, Ance Building Services who is the expert consultant working with the Museum Heritage project and very familiar with Fernie commented, “Heritage is not a layer we can wear or take off. It is this community’s story and connection to this specific place. Fernie’s spot in the Elk Valley is so specific, so familiar, so dramatic, so integrated into the natural landscape, that the people who have lived, loved and worked here, and this wild place we call home, can never be detached. Heritage is our story on this land, how we connect to it, how we connect to generation before us and the marks, stories and guidance they have left for us. Fernie is ¢aqahak in Ktunaxa, a place of deep value in the Ktunaxa nation homelands. Many other peoples from diverse cultures and ethnicities have come since, each finding their own connection and perspective. “

I have no doubt that many can relate to the above statement expressing the value of Heritage so the possible loss of an event that brings much prestige, an economic boost and also showcases the Heritage of this community needs to be continued and respected for what it represents to this community. 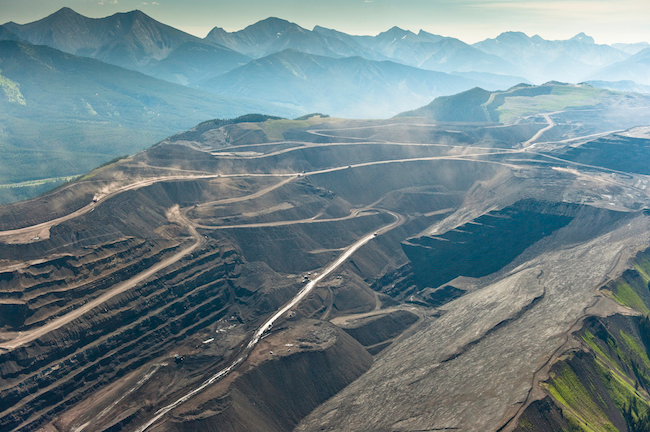 Fernie Coal Mining History
Fernie is named after William Fernie, one of the men credited with creation of the Crow’s Nest Pass Coal Company, building the railway and opening Coal Creek mine in 1897. Coal was discovered in 1845 by a Jesuit missionary who worked with the Kootenay and Flathead K’tunaxa. Then in 1873 Michael Phillips discovered coal and had a “Geological Survey of Canada” geologist map areas of coal in this area. Mines were built at Michel/Natal in 1901, at Morrissey in 1902, at Hosmer in 1906 and Corbin in 1908.

J. Edgar Kaiser opened open pit strip mining in 1968, followed by Fording Coal Ltd. in 1974 and Line Creek Mine and Greenhills mines in 1978.When Westar shut down Teck Cominco re-opened Balmer Mine calling it Elkview Coal Corp. and in 1992 Fording Coal Ltd. bought and re-opened the Westar Greenhills Mine which was eventually acquired by Teck as were the other mine sites in this area. Presently North Coal, a newcomer to the Elk Valley, is working towards opening another coal mine in the Elk Valley.