It is my pleasure to present memories of Fernie today. Coming to Fernie was an accident. I arrived in Winnipeg in 1945 from Europe after termination of hostilities. I found Mary and son Stewart waiting in a hotel room as their accommodation had been terminated.

One of my classmates who returned with me told me that he had been offered a job in Fernie B.C. and asked if I was interested. I had only one question “is there a suite available?”

I was discharged form the Army in Calgary and I arrived in Fernie the next day at 2 a.m. Dec. 6, 1945. Mary and Stewart followed two weeks later.

Having been teacher in rural Saskatchewan in the thirties, I had been in the forefront of the depression, drought and sand storms in Saskatchewan. There was a difference. In the Kootenay’s families vegetable gardens, no lack of water, and good fishing. I was told poaching deer was ok if used for food.

There were no taxis or ambulance in the early years and very few cars. Doctors and volunteers acted as Ambulance and taxis. The city always kept the snow cleared from in front of M.D’s homes, and churches. Mrs. Pinotti volunteered to accompany me on house calls to newly arrived Italian families, day or night; insisting on walking too. Phones were few so messages came from about six homes scattered about the town.

The people of Fernie had a special pride. This pride of city and person was conveyed to my family.

There have been three hospitals in Fernie in my time. The old two storey Hospital was owned by the City, and had no elevator. It was in use from early 1900’s to 1949 and was located at 3rd and 8th. There were over 36 steps, so a special steel frame was used to carry patients up and down the stairs. When M.D.’s were not available we went out on the street asking for help.

The next hospital was located on the site of Park Place Lodge, from 1949 to 1974, and it had an elevator but lacked washrooms. There were about 30 to 40 beds in each one. Fees were $1.25 per month, per family for doctor’s services and 90. cents for hospital.

Staffing was a problem and only made possible by the nursing School at Cranbrook. Public support was encouraged. The nurses and hospital staff went door to door collecting food for the hospital each fall.

The nursing staff must be mentioned. They worked 12 hour shifts, six days a week. They were very accomplished medically. They did X-rays, minor lab work, and were clinicians in many cases. Their reputation for looking after premature infants was well known.

Disaster came in 1958 with the closing of Coal Creek Mines and the moving of the Brewery to Creston. The empty houses were filled with the families of Lumber men moving to town.

Large numbers of casualties had occurred over the years but with everyone’s help they had been well looked after. The hospital built in 1974 handled all big catastrophes.

Pride in Fernie has grown over the years and we are very proud to have been part of its growth.

Shape the Future of how we live, work and play

Fernie SAR to the rescue 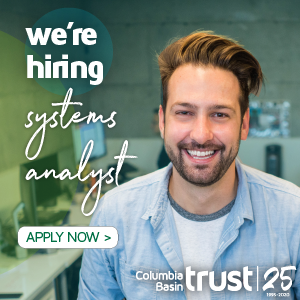