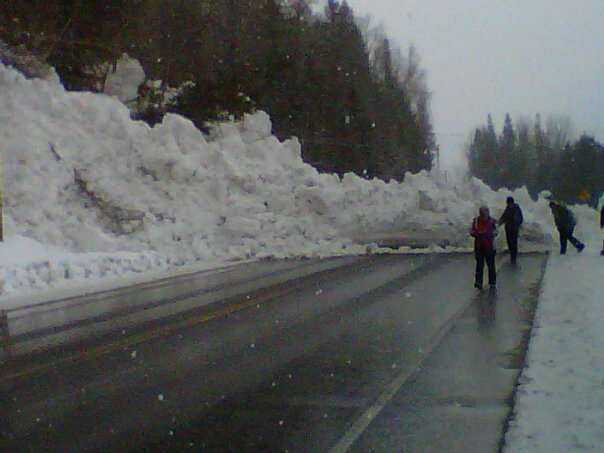 , as there has been a steady and escalating series of incidents in the last 5-7 days. Skiers have been and continue to accidentally trigger avalanches and in many cases, are getting caught in the slides they trigger:

Over the past month I’ve been watching the snowpack very closely–both while guiding earlier in the month and now producing the Public Avalanche Forecasts for the Canadian Avalanche Centre for the past week or so. There has been a steady and escalating series of incidents in the last 5-7 days. Skiers have been and continue to accidentally trigger avalanches and in many cases, are getting caught in the slides they trigger. So far, everyone has been lucky and has escaped without serious consequences.

In the last 48 hours I’m aware of the following notable incidents:
• A size 2.5 avalanche which had extensive old tracks in the bed surface.
• A three-person, partial burial involvement with non-life-threatening injuries to one skier in a size 1.5
• A size 2 skier triggered soft slab that propagated through an area below a steep cliff that generally sees a lot
of self-stabilization from sluffing.
• A partial burial when a skier accidentally released a slide onto his partner below.
• A snowmobiler who triggered a slide, was fully buried, and was rescued by his partners.
• A size 3 skier triggered avalanche that ran to valley bottom, “snapping trees” as it went.
These are just the notables. There are numerous other human and natural triggered avalanches that make for
several pages of data from the last couple of days. These events were largely in the Columbia Mountains but also
include the Northwest and Purcells. If we go back a few days, pretty much all other regions have seen similar events. And these are just the ones I personally know about.
This is a classic scenario which, in the past, has often culminated in an unfortunate and serious accident. The avalanches and incidents we are seeing have been on a variety of aspects and elevations. The details would require an extensive discussion but, in brief, the avalanches we have seen involve storm snow interfaces from the last snowfall and wind event as well as several crust, facet, and surface hoar layers which formed in late January/early February and then were subsequently buried between Feb 2 and Feb 8, depending on location. Since Feb 10th or so a metre or more of new snow has further buried the early February layers.
It’s an extremely tricky situation in the Cariboos, Purcells, Columbias, Northwest (North Coast and inland coast mtns), South Rockies, and to a growing extent, in the Kootenay-Boundary region. The South Coast appears better—maybe someone with local experience of what’s going on there can comment. I suspect that areas with a warmer, wetter climate (e.g. coastal areas) will improve more (and more rapidly) than interior ranges. Again, some local commentary would be welcome. I suspect that this condition is just starting to develop in the main ranges of the Rockies where theFebruary layers exist but are not yet as deeply buried so do not have the load or slabs that we are seeing elsewhere–perhaps less low elevation surface hoar there? any locals willing to comment? I’ve been in the avalanche business for over 25 years and it’s been a long time since I’ve seen a condition this complex and variable. In the last 24 hours, the words “low confidence