The Fernie Memorial Arena was returned to the City of Fernie, on January 26, 2018, for the first time following the ammonia tragedy in October 2017. 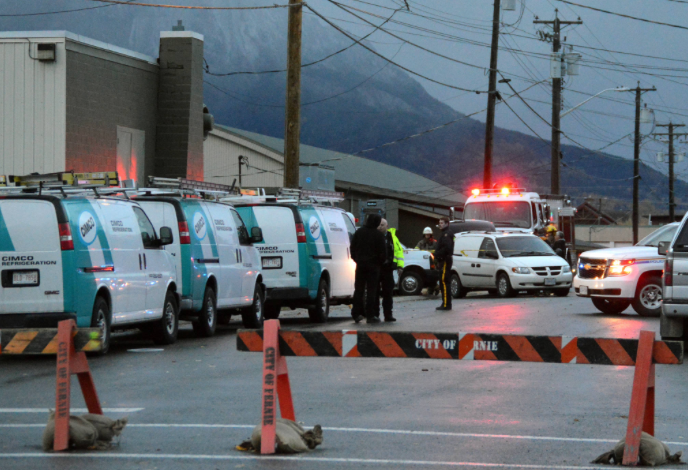 Fernie Memorial Arena has been under the control of the RCMP, WorksafeBC and Technical Safety BC as they have worked over the past months to conduct their investigation into the ammonia leak that took three lives on October 17, 2017. That investigation continues, and at this point the no timeline has been given as to when final reports are expected to be released.

City personnel will be entering the building and beginning their assessment of the damage. The return of the facility to the City marks the beginning of the City’s investigation into the future of the Arena.

‘Until our staff and our insurance adjusters have had a chance to assess the damage to Fernie Memorial Arena, we are unable to effectively plan what our next steps will be,’ explains City of Fernie CAO Norm McInnis. ‘Having an Arena operational in time for next winter remains our goal, and regaining access to the Arena is the first step in making that a reality’

While the City’s assessment of the facility has not yet begun, Administration and Council have determined that the Arena will not re-open without a new refrigeration plant. The team is researching replacement options, and available funding.

The City’s assessment of the building is expected to take place over the coming weeks. Both Fernie Memorial Arena and the Fernie Curling Club will remain closed to the public.

Earlier this year news outlets proprted that Fernie had taken the RCMP to court over arena maintenance records linked to fatal ammonia leak.

The city alleges that the Mounties illegally obtained two log books detailing the maintenance and operations of the rink’s refrigeration system, and seized them without a search warrant in the aftermath of the leak, according to court documents.

Fernie filed an application with BC provincial court asking for the right to inspect and copy the two books, arguing it has an obligation under the Workers Compensation Act to investigate exactly what went wrong.

Judge Lynal Doerksen denied Fernie’s request, pointing out that the city could actually be a “suspect” in the criminal probe. “Given the nature of the incident: multiple fatalities with a possible criminal cause, it is obvious that it would not be in the public interest to jeopardize the RCMP investigation to assist the City with a statutory obligation,” Doerksen wrote.

According to the court judgment, Fernie claims it can’t complete its probe without the log books.

Mounties have not denied seizing the log books without a warrant. They only obtained a search warrant after getting a firefighter to retrieve the records for them. Investigators from WorkSafeBC and Technical Safety BC have already been permitted to view the log books.

The community of Fernie looks forward to some resolve on the investigation and having their arena open. The arena is a primary facility for a multitude of community events.