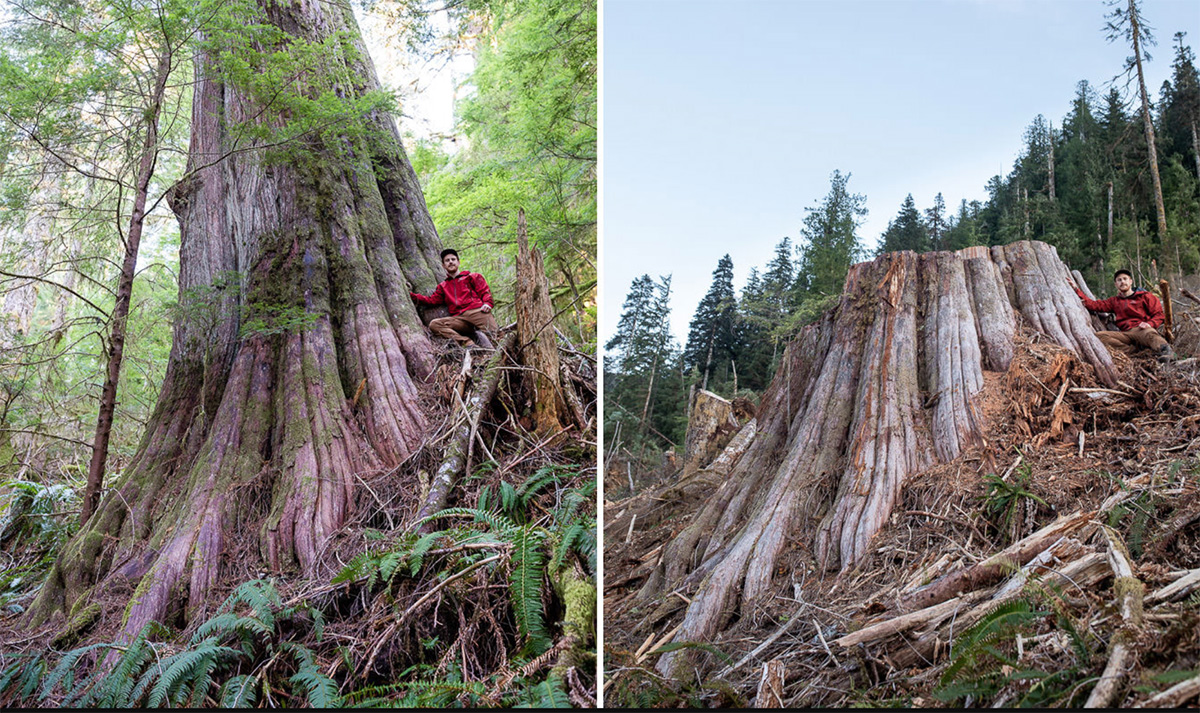 They found that the vast majority of B.C. residents (85%) want the provincial government to follow through on their election promise to implement all of the recommendations from the independent Old-Growth Panel Review, including:

• Deferring logging of all at-risk old-growth forests within 6 months
• Working with Indigenous governments on the implementation of all recommendations
• A shift in forest management towards a focus on biodiversity protection
• Developing a transition plan to help the forestry industry with the needed changes.

A large majority (85%) of British Columbians feel that it is important that the BC NDP government keeps these promises (55% say it’s ‘very important’ and 30% ‘somewhat important’). Six in ten (60%) are aware of the promises made.

Looking at a range of issues, a majority of British Columbians are very concerned about the destruction of old-growth forests in B.C., they are also opposed to the practice of exporting raw logs, as well as to whole trees being made into pellets for energy production and logging of old-growth forests in general. Almost three-quarters support doubling protection of provincial lands to 30% by 2030.

Relative to other social and environmental issues, concern about forestry-related issues rate highly among British Columbians. COVID-19, poverty and declining salmon stocks are at the top (86%), followed closely by endangered species/ecosystems (84%), the opioid crisis (81%) and logging of old-growth forests (78%), single-use plastics (77%), climate change (76%), the impact of logging on climate change and nature (76%), systemic racism (73%) and raw log exports (68%).

A global initiative called High Ambition Coalition for People and Nature supported by more than 50 countries, including Canada, aims to protect 30% of lands and oceans by 2030 to conserve nature, halt biodiversity loss, tackle climate change and encourage sustainability. Currently, 15% of lands in B.C. have protection and the province has not yet committed to any new target. The vast majority of B.C. residents (74%) support doubling protection to 30% and only 16% are opposed.

The survey also covered a forestry topic that few British Columbians are aware of, logging whole trees in B.C. to turn them into wood pellets and burn them as an energy source. The polling indicates that only 40% of B.C. residents are aware of the issue but the majority (66%) are against this practice; only 13% support it and 21% are not sure.

“These polling results show very clearly that the escalating frustration and despair about logging of the last old-growth forests for short-term profit is shared by the vast majority of British Columbians who want the provincial government to follow through on their promises without further delay,” said Jens Wieting, Senior Forest and Climate Campaigner for Sierra Club BC.

“British Columbians are more concerned than ever about threats to the web of life and lack of action for future generations. They are dismayed by the irresponsible talk-and-log approach to old-growth and expect leadership for a just transition towards truly sustainable jobs that respect ecological limits. They understand that there are severe challenges beyond covid, like the climate and extinction crisis that requires immediate action today, not tomorrow.”